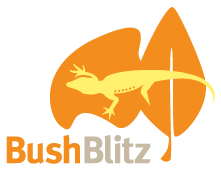 Bush Blitz is a biodiversity discovery partnership between the Australian Government (Australian Biological Resources Study), BHP Billiton and Earthwatch Australia. The partnership organises around six major biological expeditions per year targeting 300 reserves throughout Australia, with the aim to discover as many new species as possible out of the estimated 45% that is currently unknown to science.  Since its inception in 2009 Bush Blitz has mounted over 20 scientific expeditions and discovered more than 900 new species of plants and animals!

We have been involved with Bush Blitz for some time, helping build their capacity to capture biodiversity information on the ground with mobile testing and hosting/administering their Bush Blitz website.

As with any conservation initiative, public engagement is vital both in terms of increasing awareness of the many environmental issues, but also in garnering both financial and volunteer support to ensure the longer term success.  Bush Blitz is really no different, and as part of the longer term plans we have previously developed with ABRS, the first phase is to move the Bush Blitz website onto one of the most widely used open source Content Management Systems (CMS) out there, WordPress.  This is not only an open source system, it is also freely available.  Our experience is that WordPress is one of the easiest CMSs for clients to administer and add content; with the plethora of plugins there is always something to make life easier.  Wordpress fits in really well with the longer term strategy for ABRS, which includes a high degree of self-sufficiency.

So off I went on a nice little trip to Canberra to provide a day of hands-on WordPress training to the Bush Blitz team. 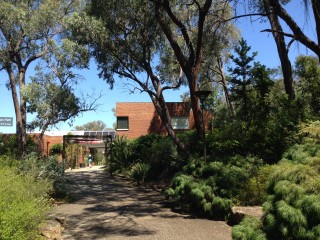 It was tough going being nestled in the Australian National Botanical Gardens!

Migrating to WordPress allows complete self-sufficiency for the Bush Blitz team in keeping their website content up-to-date. All their news, stories and expeditions will now be added to the site as interactive blogs instead of static pages, which will further increase their visibility online. The CMS also enhances the ability for direct feedback and contribution from interested volunteers and the general public, which is very easy to manage through the WordPress admin interface. 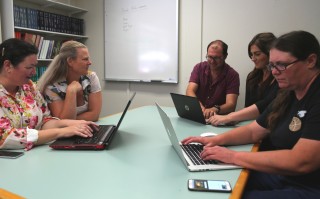 The training went really well and I am already seeing a whole bunch of new posts and other content up on the site days after my return. This will continue until the staff are happy all is in order to take the site live, but you can view the existing Bush Blitz website here to see all the great work they are doing.  We’ll be releasing the new web site in the near future.

It was great to finally meet all the team members face to face and I thoroughly enjoyed my brief visit to Canberra (the friendliest bus and taxi drivers anywhere!)