Recently, Inspiring Australia asked us to be involved in their Citizen Science Forum in Brisbane, and so I trekked across the country to Brisbane to support the event.  The team behind this Citizen Science Forum were keen to make it more than just a talk-fest and so we stepped in to organise a follow-up workshop after the event that enabled the speakers and some of the people actively involved in Citizen Science to get together and see what other outcomes could come out of the day.

The Citizen Science Forum was a great event, run throughout the morning at the Queensland Museum (a place I’ve been to many times in former roles with the Faunal Collections Informatics Group, representing the Western Australian Museum).  There were seven speakers crammed into the schedule (myself included), covering a range of topics that were closely related.

First up, after the formalities and introductions from Suzanne Miller and Jayne Keane from the Queensland Museum, Jessie Cappadonna gave us an overview of the Australian Citizen Science Association, and their progress to date in setting up and starting to really formalise the organisation.  Gaia Resources has been supporting ACSA since their inception with our ongoing free hosting of their web site and supporting their other technology needs, and it was great to get an update from them.  There’s been a lot of work behind the scenes from the volunteer committee. 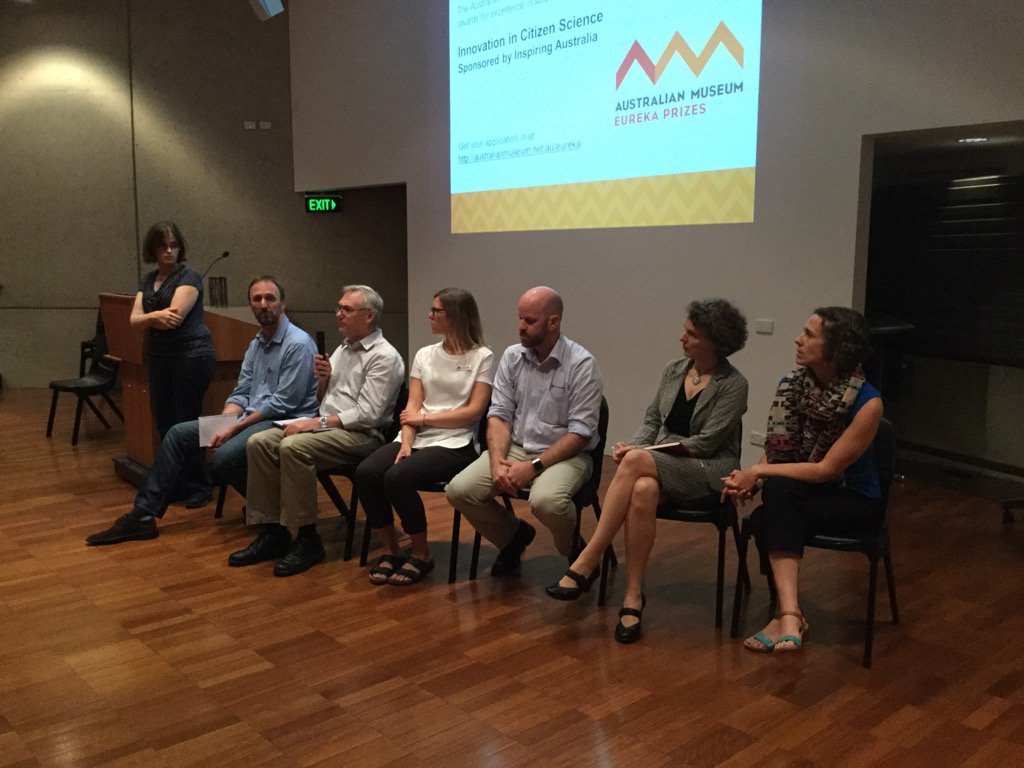 Then it was straight into the main series of presentations and Q&A time – it’s hard to do all the presenters pictured justice from their talks, so you can have a look at the ACSA’s twitter feed  for some highlights, and my presentation is included below as a PDF and Slideshare embed.

A Slideshare embed of my talk, also available as a PDF here

The Q&A session was pretty interesting, there were some interesting questions posed to us – one in particular was about the high cost of apps.  My response was that yes, apps can be expensive, but they can be quite complex and need other infrastructure such as web sites and databases to support them.  So if you are thinking of doing an app, collaborate with like minded people – like we facilitated with the Kangaroo Island / Victor Harbour Dolphin Watch, where we suggested that they save their funds and instead use the freely available Coastal Walkabout apps.  We also gave them some additional support by loading their historical data, provided them with a project page on our Citizen Science Hub, and we are continuing on supporting the team over in South Australia by providing them data when they need it.

I would note that apps are pretty much useless without some form of engagement around them – the “build it and they will come” mentality is prevalent in app building these days and in our experience, this fails every time.  And hence our involvement in the Communicate to Inspire conference back here in Perth – more on that in a later post.

After the Q&A the workshop finished up, and then I led a smaller delegation of invitees across to a nearby hotel where we could then start to workshop out in more detail the underlying theme of the day; “Mainstreaming Citizen Science in Decision Making”.  Our aim from this follow-up workshop was to capture the people, ideas and enthusiasm from the morning and do something more than leave a series of digital footprints, but to develop a discussion paper or guidelines that could be re-used.  Gaia Resources funded the venue and catering for the event, but the most valuable input was the time of the invitees who came along to the event and freely gave their experience and enthusiasm!

As a result, we had a very interesting series of discussions including recapping the morning, looking at the issues, barriers, and solutions we could identify to mainstreaming citizen science.  Thankfully, I had the talented Jessie Cappadonna and Michelle Neil to help me facilitate this session and to bring out the themes that were apparent from our discussions.  I took a lot of post it notes home with me and as a result of that put together a word cloud so that you can see what we discussed… 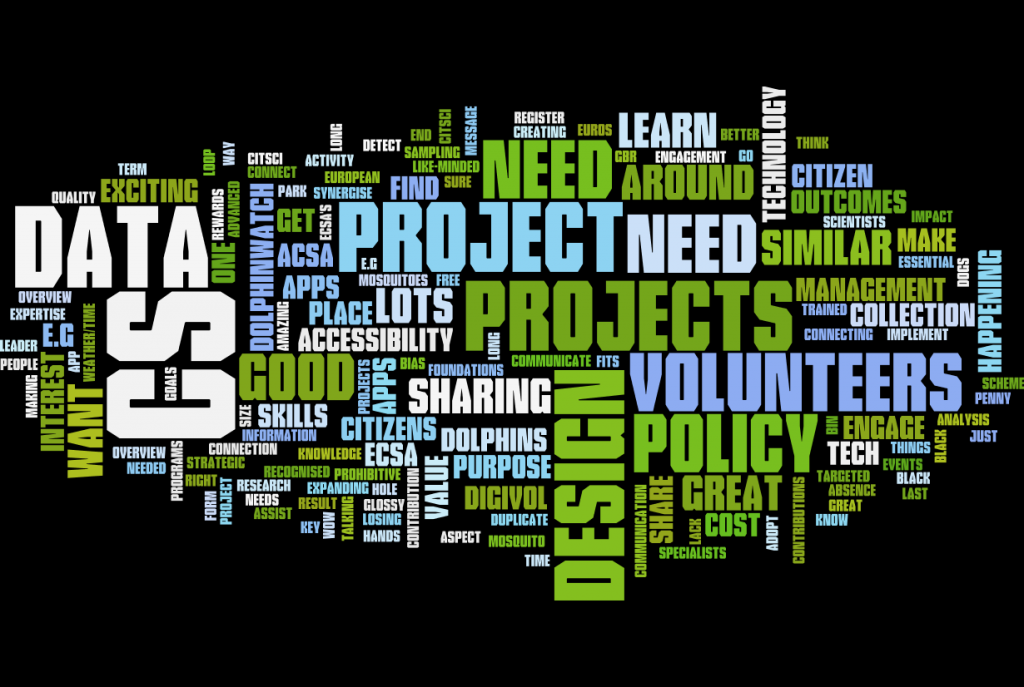 I am working on the discussion paper already, which will then be circulated to all of the invitees who attended to assist with writing and publishing it.  It will be a great experiment in collective work but I feel that with these people involved it will be a very useful end product.

Citizen science continues to be something that interests and excites me personally, I’m still out there every weekend, still not seeing many dolphins in the Swan River.  Even as I was writing this blog I received several more mole cricket sightings from the public (see previous blogs here) – something I’ve not been actively promoting or working on for some time!  So it still captures the imagination of people and can have a long legacy, too.  So keep an eye on our Citizen Science Hub for more information on our projects and initiatives.

Stay tuned for more on the discussion paper, and for a couple of new citizen science projects coming up!