We have been pretty quiet in terms of blogging recently while we’ve been working on two apps, and they’ve just recently launched through the iTunes and Google Play stores.

The first one, Coastal Walkabout, was launched back on the 28th November and involved the Western Australian Chief Scientist, Professor Lyn Beazley.  Lyn has been a fantastic Chief Scientist, and we will miss her as she steps down from the position in the new year.  The launch was also accompanied by a workshop where a whole range of interested parties were run through the app and how it works, and we had a good chat about citizen science, data integrity and other issues.  And importantly, after almost a year of working with Dave Johnston from Duke University, we finally got to meet face to face!

Standing room only at the Coastal Walkabout launch, and plenty of interest at the workshop

The best way to explain the Coastal Walkabout project is to just point you at this video created by Andy Quinn, that features the project founders, Lars Bejder, Dave Johnston and Tom McMurray.

You could also read the blog I wrote about the field tests I was involved in up at Exmouth earlier this year on the Coastal Walkabout blog, located here.  We’d really encourage people to download the app for their Android or iPhone devices and start recording marine and coastal species.  It really is a relatively simple process of picking your species, and then recording some details (including a photo or video if you want to!). 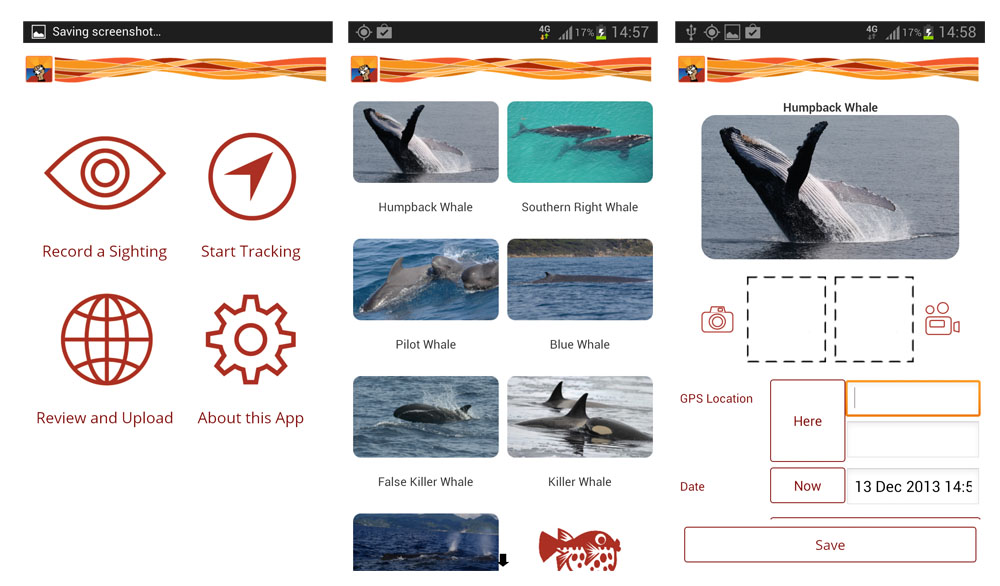 Screenshots from the Android version of the Coastal Walkabout app

Coastal Walkabout is more than just the app, though.  The actual way it works is that there are three components.  The apps (both iOS and Android) are just one part, and they serve as one of the main ways that people will deliver data to the project.  The data itself then is delivered to an implementation of the Biological Data Recording System (BDRS) which provides a whole range of services to the app (such as recording field definitions, species images, data synching, and user management), and also to the new WordPress plugins we have developed.  These plugins sit inside the main Coastal Walkabout web site, and are used to provide maps and statistic widgets within WordPress. 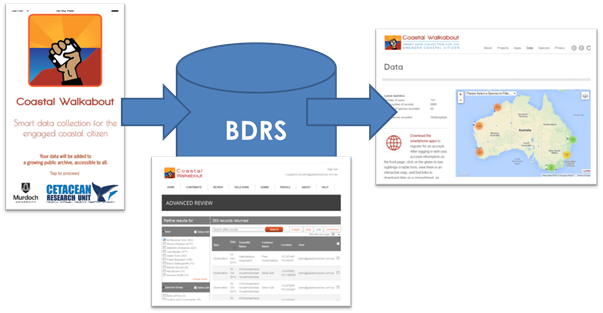 A simplified architecture of the Coastal Walkabout project

The reason we’ve architected it this way is that the BDRS allows us to use the same infrastructure for multiple projects.  As an example, the upcoming Dolphin Watch app for the Swan River Trust will add to the app side of the diagram above, but will not require us to do anything on the BDRS end apart from add in the new projects.  We can then provide a Dolphin Watch map in WordPress as well as deliver the important survey data directly to the separate Dolphin Watch database that the Trust maintains.  And this setup is extensible to include the range of other projects (and accompanying apps) that we will be adding in the new year. 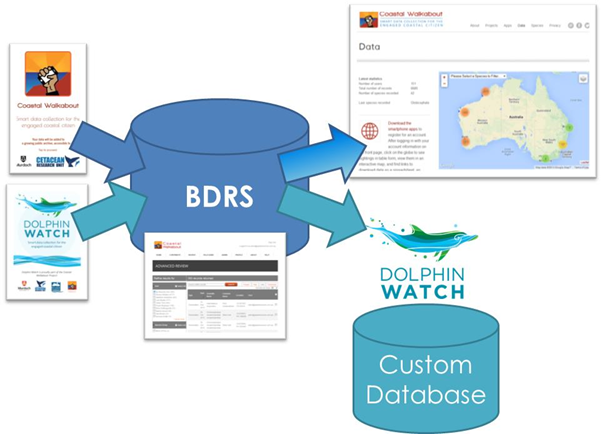 This has had a real focus on the marine side, and we are also working on terrestrial apps.  The Marri App is the first of the terrestrial apps that we have generated using a similar setup.  The Marri App was launched up in Parkerville on the 10th December, (thanks again to Lyn for that!) and this app is used for recording incidences of Marri Canker and Quambalaria Shoot Blight, two diseases that are affecting our native trees. 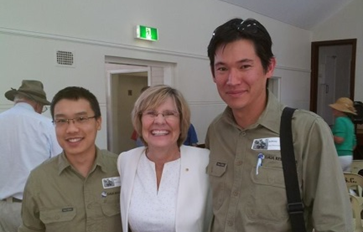 The Marri App is quite a different app to the Coastal Walkabout app, with a lot more information in the app in terms of fact sheets and information about the diseases, the trees and even the insects that live on these trees. 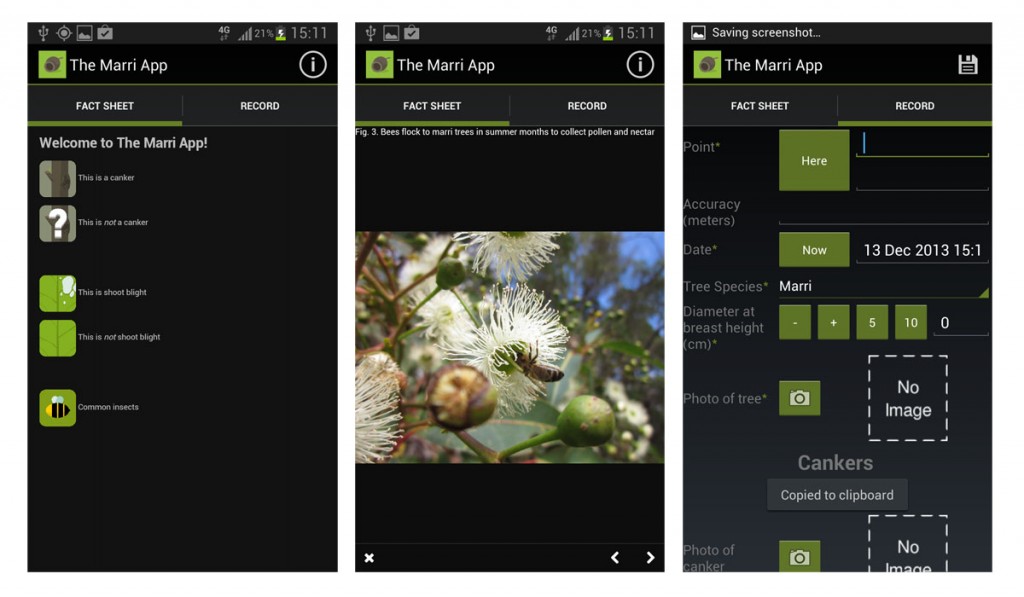 Screenshots from The Marri App

The Marri App forms the basis for a terrestrially focused implementation of the same infrastructure outlined above for Coastal Walkabout.

We are currently doing some planning with Murdoch University researchers and staff to set up something I’ve been keen to do for ages – turning these two original projects into a Citizen Science Hub that lowers the barriers to entry to as much as possible.  The aim is that we can provide a themed app, hosting on the infrastructure, and a simple web presence (such as via WordPress), for as low a cost as we can.

There is much more coming from us in this space in the new year, and there will be a lot more work on these apps, and the new ones coming as well, so stay tuned for more in 2014…

Send me an email or start a conversation on Twitter