Recently, I was asked to give a couple of talks to the Indo-Pacific Centre for Health Security (IPCHS) around the Atlas of Environmental Health.  The IPCHS is a relatively new initiative from the Australian Federal Government, which “contributes to the avoidance and containment of infectious disease threats with the potential to cause social and economic harms on a national, regional or global scale.”

My slide deck for the Atlas of Environmental Health.

I attended the two workshops (one in Cairns and one in Melbourne) remotely, saving just under 1 metric ton of carbon.  Presenting remotely is still a bit finicky, with issues around audio and video quality popping up, but not getting on another plane with my travel schedule the way it is seemed like a good tradeoff.  In the end, the presentations worked pretty well, and my slide deck is embedded above.

I try to attend a whole session (so I’m also not interrupting the flow of the talks by dropping in mid-talk), and I got to see a few other talks around other information systems, including some interesting work by the Red Cross Red Crescent Community Based Surveillance software (see the video below), a data aggregation system called Tupaia and some preliminary plans around software development that the Burnet Institute plans to do for their humanitarian work.

Hearing about all these software systems being created got me thinking, with one point coming up about data standards, and the other about open source software.

The Atlas of Environmental Health has been a collaborative project from day one, working with the Department of Health (WA) and subsequently the Department of Health and Human Services (Victoria).  While we never ended up discussing data standards explicitly while developing the Atlas, it’s coming to the fore now.  This need was highlighted for me during the IPCHS workshops, when you hear about software systems like those above being developed (or already developed) for an area, with no clear way to interoperate.

There are a couple of things often conflated when someone says “data standards” – data standards that are used to store data, and data exchange standards that are used to share data.  In Environmental Health in Australia, both appear to be sorely needed, and this is something that we will need to put some more thought into quite soon – and we will need to gather support from national bodies, like the Mosquito Control Association of Australia and the National Arbovirus and Malaria Advisory Committee, two peak bodies in this mosquito control area.

Over time, I’ve heard quite a few groups conflate “open source” with “interoperable”.  Just because your software is open source doesn’t mean it works with everyone else’s software, and it doesn’t mean that a bunch of bored software engineers will descend upon your codebase to work on it.  This topic was covered pretty well by Paul Ramsey in his FOSS4G keynote – linked in our last blog.

Open source software is something we’ve specialised in, and, like our work in citizen science, the success of these ventures is all about engagement and support.  If you don’t have a strategy around engaging and working with potential software engineering volunteers, then you won’t suddenly get a bunch of people working on your software – just putting it out as open source does not guarantee anything. 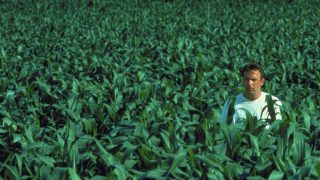 If you open source it, they won’t (necessarily) come.

There’s a lot more to be said around these topics, and that’s something for another blog down the track – I have been looking around at environmental health data standards for the last week or so (yes, while on holiday) and I think a separate white paper is in order… stay tuned.

For more information on the Atlas or data standards, drop me a line via email (piers.higgs@gaiaresources.com.au) or start a conversation with us via  Facebook, Twitter or LinkedIn.