Gaia Resources has had the pleasure of working with two great projects over the last few months, both funded through the federal Inspiring Australia Citizen Science Grants initiative.

Still in the development phase, both these projects will be launched in the first quarter of 2018, but we couldn’t resist giving you a sneak peek! 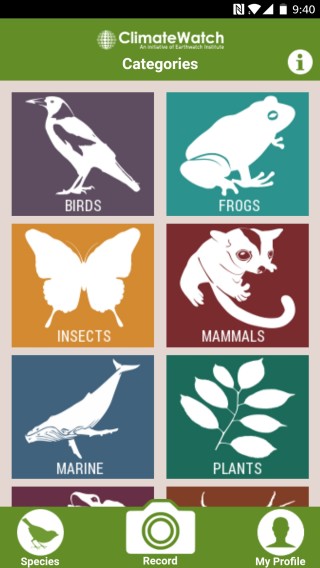 The Earthwatch Institute is reinvigorating its ClimateWatch network of Australian citizen scientists gathering local, regional and national scale data.  It’s great to be back on this project after a long hiatus; back in 2009 we developed the first version of ClimateWatch!

We are working with their team to:

The University of Western Australia’s MicroBlitz project is a citizen science project that engages volunteers in a quest to discover hidden soil biodiversity – and it’s another one that we’ve worked on before, delivering the first version in 2015.

Volunteer citizen scientists collect soil samples that are sent to a UWA laboratory for DNA sequencing, with the aim of producing a map of the microbiome of WA.

The Inspiring Australia grant sees the project revived with:

If you’d like to know more about how we can help you with developing a citizen science program, or how a smartphone app could improve your community engagement and scientific data capture, then please leave a comment below – or email me directly via alex.chapman@gaiaresources.com.au. Or, feel free to start a conversation with us via Facebook, Twitter or LinkedIn.