Today we released a new project on our Citizen Science Hub, this one for Kangaroo Island / Victor Harbor Dolphin Watch, a long-term citizen science project.  We provide a ‘home’ for their historical and current citizen science data, which enables it to be collated, managed, visualised and harvested.

Kangaroo Island / Victor Harbor Dolphin Watch is a volunteer community project in partnership with Whale and Dolphin Conservation (WDC), that gathers information on the population of bottlenose dolphins (Tursiops sp.) and common dolphins (Delphinus delphis) found around the peninsulas of South Australia. This longitudinal project was developed by Tony and Phyll Bartram in conjunction with Dr Mike Bossley AM of WDC.

The group have been recording data for some time, and recently sent through a data file containing all of their historical sightings. Tracey and I have just added all this archival data into the Citizen Science hub, using the bulk loading tools, to present a more complete picture of the diversity around their coastal waters.  You can interact with their data on the new Citizen Science Hub project page (or click on the image below). 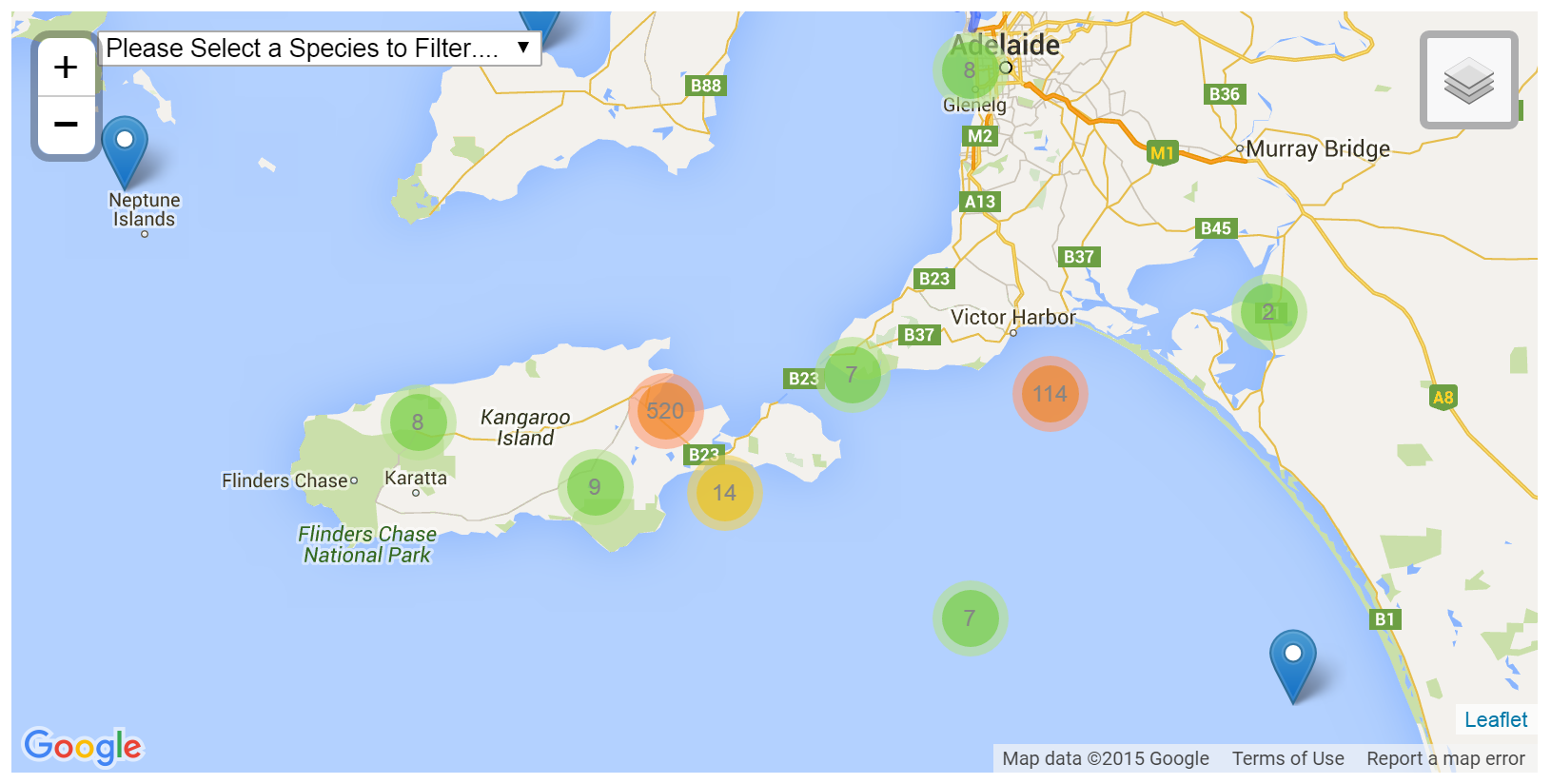 For current and ongoing records, the team at Kangaroo Island utilises the existing Coastal Walkabout mobile app to capture a range of mostly marine mammal observations in their region of South Australia. This utilises the BDRS repository we run under the Hub – from which their volunteer submissions can be managed and visualised.  They’ve also been supporters of the Coastal Walkabout app for a long time – going as far as to promote it around their area with large signs and support from local businesses, like the Sealink Ferry. 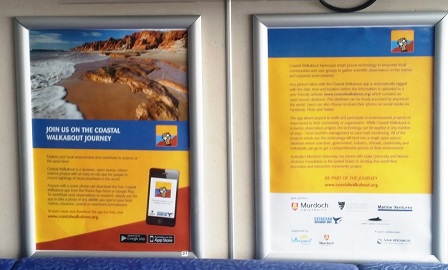 For more information on our Citizen Science Hub, or how we can assist you in setting up your own project, feel free to call me (+61 8 9227 7309), drop me an email, or start a conversation on Facebook, Linkedin or Twitter with us.