Last time you heard from me I told you about the NASA hackathon and how the team I was part of won at a local level in Perth. So much has happened since then!

To recap, we chose a challenge which involved identifying landslide risk using science and community inputs.  The World Health Organisation reports that between 1998-2017, landslides have affected an estimated 4.8 million people with over 18,000 fatalities.

We processed remotely sensed imagery and developed a method and FastAPI prototype app to detect the early stages of a landslide through canopy movement on slopes, providing a solution that could be used by government agencies to warn the population living in risk areas. Click here (https://youtu.be/gvxFAl7jtqc) to view a short video that shows how our prototype application works. 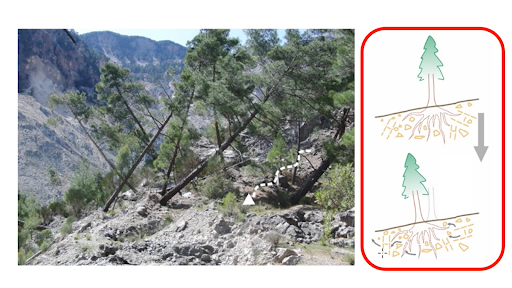 Trees tilting due to the effect of rock/soil sliding. Image credit

As part of the award provided by the Space Apps Perth Organising team, I went with my teammates Khan Rahman, John Duncan and Jared Rolt to visit the BINAR labs, at Curtin University. This is the place where WA’s first homegrown satellite was created, a cubesat that is currently flying in low earth orbit. As a big space fan I really enjoyed learning more about the engineering process and the challenges that were faced during the design. 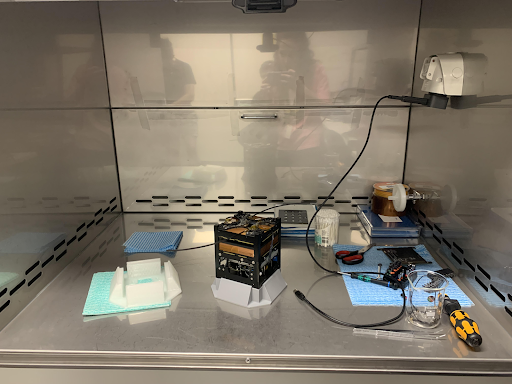 A replica of the cubesat in the BINAR labs

Later in November the Global Finalists for the hackathon were released, and Landslide Detection Squad was one of the 37 projects that would compete for a place between the 10 best in the world. That was such good news! Finally, in December I woke up to an email saying that our team was one of the 10 Global Winners. We won in the Local impact category, because our solution demonstrates the greatest potential for local impact. All the global finalists projects were very solid and interesting, so we are very proud of being selected as global winners. It would be great to see our project work, and be of use in situations of emergency.

Now we are waiting to receive more details on the global award, which consists of an invitation to the Winners Trip, which could potentially include viewing a spacecraft launch at a NASA facility. This is dependent on the pandemic situation, but visiting NASA’s headquarters is a very exciting opportunity.

If you have a project involving similar issues, we’d love to hear from you. As with many hackathon events, a lot of good concepts and prototypes come to life, but the next steps can be a bit hazy for turning that into a usable product or putting it to use in the real world. Developers give up their weekends and brain cells to get to that point, and often need further grant or project funding to take a product forward. Our team thinks we really have something here, and NASA certainly thinks so!