Anglo Gold Ashanti Australia (AGAA), recently approached Gaia Resources to complete their 2012 mine disturbance mapping for the Sunrise Dam Gold Mine (SDGM), as is required for their Annual Environmental Report (AER).  The method used in this project to capture and summarise the disturbance mapping was reliant on:

The key for any digitising work is communications with the client, particularly early on in the project. From the inception of the project with SDGM a clear baseline of disturbance categories were defined and a method for providing and reviewing this information was planned. SDGM decided the method that suited them the most was marking up of hard copy printouts of the mine site imagery. 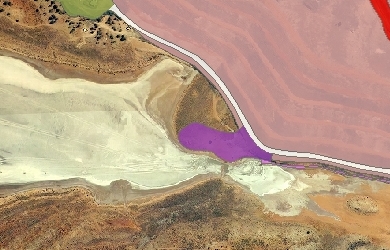 This proved successful for the level of detail required. For clients with more complex mine sites a series of indexed printouts, or training and support can be provided to the client to allow a rough indication of disturbed areas. In this project reviews were able to be kept to a minimum, which helped with meeting deadlines – and in fact delivered a final cost 50% less than we had quoted.

The Department of Mines and Petroleum recently introduced an on-line submission system for AERs.  This was the first time that SGDM was to use this system and we were pleased to provide the summarised disturbance data in a format that was suitable for submission. 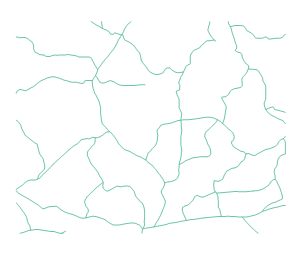 Over time, we have seen people increasingly able to perform basic GIS mapping tasks, allowing more and more staff from different backgrounds to create maps. This pushes more of our work as a GIS company to the analysis and modelling end of the spectrum, although we are finding that quality control of GIS data outputs are not as well known.  Perhaps like digitising, this will improve with time for the average GIS user. That being said, it remains essential to distinguish between basic maps to use for field navigation, qualitative reporting and presentation; with a digitised dataset that contains no overlaps, topological errors, or other errors such as incorrect or inappropriate projection. It is these latter outputs that are used for generation of statistics for environmental reporting and should be accurate, defendable and repeatable to keep up with environmental reporting legislation.

Staff from AGAA proved extremely easy to work with and the project fell well within budget and time frames, but both AGAA (and Gaia Resources) are very interested in further improving the efficiency of disturbance capture. As you might have seen from Piers’ tweets last week (here) we are supporting a Masters student at the University of Western Australia.  This student project will use a variety of multi-spectral imagery (including AGAA’s, we hope), as well as final disturbance mapping vectors, to enable research into the automation of mine disturbance capture. This project has the potential to derive a model that will provide highly repeatable, robust and consistent methodology for the annual reporting of mine disturbance saving time, money and improving reporting accuracy by removing the manual capture component. We’ll post another blog on that – guest written by the student – in the future.