Over the last month (well, just shy of a month), we’ve run a social media based biological survey on mole crickets, which began with my last blog post (which you can find here).  I thought it was about time to do a more detailed update and to provide some of the insights we’ve found during the project.

Firstly, the update!  We now have 49 records of mole crickets around Perth.  This covers primarily the northern suburbs, and some records from the Como area.  The records go as far north as Kingsley, right down to the coast in the west (Cottesloe), and Maylands is the furthest east we have a recording.  A static map is shown here but you can click on it to go to the dynamic version in our implementation of the Biological Data Recording System (BDRS). 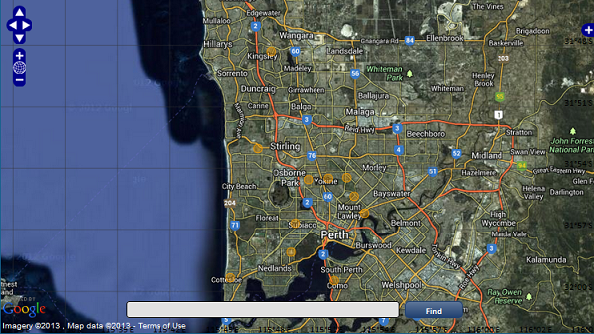 This map shows the mole cricket sightings so far; click to go to the dynamic one in the BDRS

The records came in pretty steadily over the last month or so, as you can see from this graph I knocked up just quickly from the data: 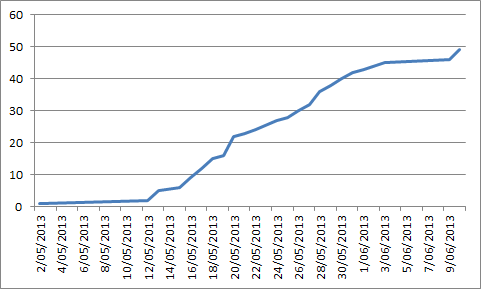 A graph of records from the first few weeks

In addition to the records themselves, we’ve also got some great images of mole crickets from the people involved, which was a big bonus for the survey.  We have had data provided by seven different people to get this data.  Not a lot of people, but still we have managed to get records across a lot of Perth!

So, some early hypotheses based off these early results? Well, there are three hypotheses I’ve been thinking about in relation to mole crickets…

Firstly, species distribution (OK, not really a hypothesis…).  We don’t have enough records (yet) to be confident about the distribution of the various mole cricket species in Perth; let alone wider than that (despite Twitter being a global media, you get more engagement from locals who have a connection with you).  Apart from just records, we need more images (or specimens!) to be able to start working out which species we have been recording. There are at least five species in Western Australia – potentially more – and so more images may be the key to understanding which species we are recording. 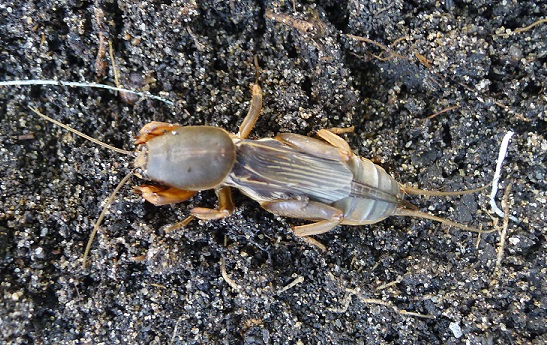 The second hypothesis I’ve been looking at is that mole crickets are active only above a certain temperature.  This came about from a tweet from @carolprobets (in the Blue Mountains) indicating that the mole crickets were quiet now that it was cold.  My father and I (both here in Perth) have been comparing notes about when we hear them calling, but again we need more data to work out when these guys are calling, and then we need to compare our records to the local temperatures.  Luckily, I live very close to a Bureau of Meteorology weather station, so I can get this data at least for my local area.  It’s a good thing that we can also record absence records in the BDRS, something AJ reminded me off early in the project.

The third hypothesis arose while I was out on a run.  As I left my street I had heard mole crickets, then as I ran along the main road there were no calls until I got to a quieter street again.  So the hypothesis I was developing here was that mole crickets would not be found near active, noisy roads (especially ones that were active while the mole crickets are calling at dusk).  I was developing this while I was running, then in the last stretch I heard a mole cricket pretty close to a noisy road… so that one might be shot already, but I think I’d like to have more data before I make a decision about that one.

What next? Well, I’ll still be looking at these hypotheses and collecting more data on mole crickets.  I need to look at a broader engagement strategy and how to get more records across at least the Perth area – and I’ve got a few ideas about how to engage some groups to help I’ll look at in a few weeks.

And now for some insights.

Firstly, we need to do some more investigations on the geolocation “accuracy” from Twitter.  Using the location services and Twitter’s native app, I was providing a number of sightings from my own back yard.  My block is 12m by 40m in size, and I had points recorded that were 60m away from the centre of my block.  That’s a pretty big variation, and I’m not sure I’d be happy with that sort of accuracy for this particular species. 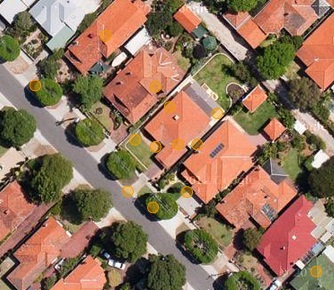 The spread of records around my place

Of course, “accuracy” is a loaded term.  For our work with mobile apps and the BDRS we deliberately store the accuracy value of every GPS point so that the user can make their own judgements on if the points should be used in the analysis.  It seems that Twitter’s API has the ability to include accuracy (see https://dev.twitter.com/terms/geo-developer-guidelines).  I’ll overlook the 14 decimal place, highly precise example co-ordinates they include in there!  So, one of the things we’ll be looking at next in our Social Watch Engine (which sits between Twitter and the BDRS to harvest the twitter feeds) is to see if we can also grab the accuracy values from the tweets themselves to store in our database.

Secondly, we chose the right project to start this testing with – it was (and still is) manageable.  I deliberately picked mole crickets because I am interested in finding out their distribution in Perth – but I just simply don’t have time to run a highly popular survey that needs a lot of time to quality control records.  So by picking a relatively cryptic species that is not exactly charismatic (to the general populous) we managed to keep our quality control to a minimal amount.  In the end I was even able to take records supplied via email from friends (and family) when they found out that I was even interested in these critters (the family grapevine works well, my Aunt has even saved me some dead ones to photograph later).

And leading on from that, engagement is the key.  This survey is of a relatively cryptic, poorly known and not charismatic (to most) species, and to get almost 50 records in a few weeks through some social media sharing, and some discussions with colleagues and friends around the traps, gives me high hopes for how these surveys can evolve in the future.  Imagine what we can get from a charismatic, visible species – say, dolphins in the Swan River, perhaps?

On that note, stay tuned… we have some exciting tools coming along for interested Western Australian citizen scientists…