(or, Why Absence Records are Important)

Here at Gaia Resources we have been supporting the Dolphin Watch program within the Department of Parks and Wildlife from way back when it was part of the Swan River Trust.  Along the way we’ve had a lot of memorable moments and we thought it might be a good time for a little sidetrack – especially when one little #nodolphin hashtag is starting to get me mocked not only on a range of social media platforms, but also in real life!

Dolphin Watch has seen us build mobile apps (iOS and Android versions), prepare new web based forms for data entry, integrate the historical data from a range of sources, provide a live map of dolphin sightings, and top it off with a range of different blog articles (listed on our portfolio page).  It’s also seen me get up in front of people and pretend to be a baby dolphin, go to awards dinners with tiny dolphin torches, travel the country, and above all else it has seen me survey the Swan  Canning Riverpark for quite some time – with a pretty low “success” rate.  That’s assuming that you count seeing dolphins as “success” – which I don’t.

Each time I go out on a walk by the river with my wife and the dog, I end up pulling my mobile phone out and starting a timed “Dolphin Watch” survey via the Dolphin Watch app.  This is a pretty unobtrusive way of fulfilling my OCD surveying needs (it’s a lot less obtrusive than taking photos of all the fungi or flowering plants I see, or recording all of the birds), and it’s backed up by really sound science, as I was reminded at the Dolphin Watch team meeting last week. 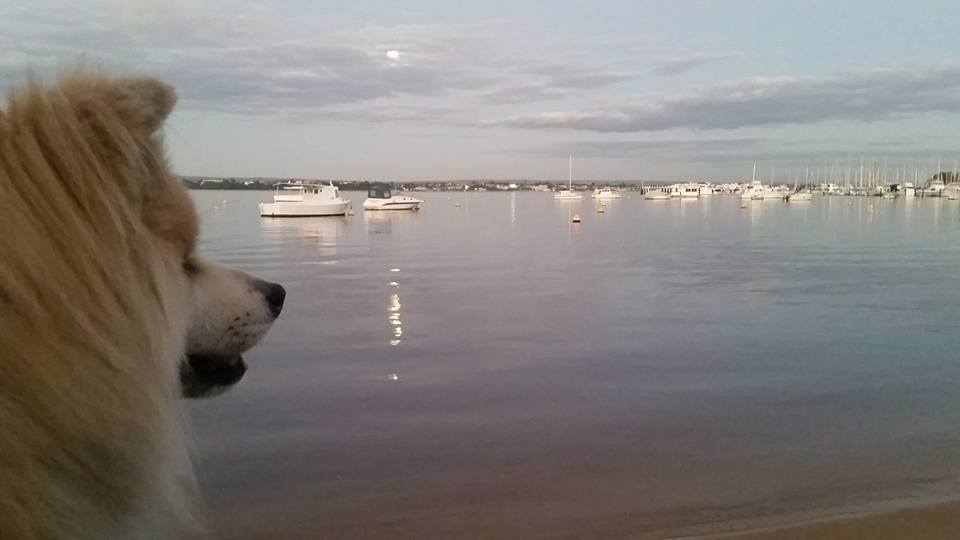 My trusty #nodolphin detector dog and I surveying Matilda Bay

Anyway, my rate for seeing dolphins in the Riverpark has been (very) low, and some time ago I posted a picture of a lovely Swan River landscape, but added the hashtag #nodolphin.  This little hashtag seems to have become a source for gentle ribbing (to the extent that there are now bets around how many dolphins I won’t be seeing this year).  One of my friends from London recently came over on a vacation and even brought me a 20cm inflatable dolphin – so I could “finally see one”.

Despite the low numbers I’ve seen, each of the surveys I do really does contribute to the science.  These are what we call “absence” records – and it’s just as important to find out the areas where the dolphins do not frequent.  It might be that something in the river is keeping them away from a location, or that they only use certain areas at certain times.  It really is important to record those absence records using the app and newly revised web form.

Speaking of the new form, we have been working with the River Guardians team and other Dolphin Watch volunteers to build better forms and a new dashboard (a screenshot is shown below) for the volunteers to use.  Rob and Alex have been beavering away on the new form and system, and it is being extended with some more work to ensure that it’s even more usable.  We’re also looking at a new and revised Dolphin Watch 2.0 app to be produced early in the new year, as well. 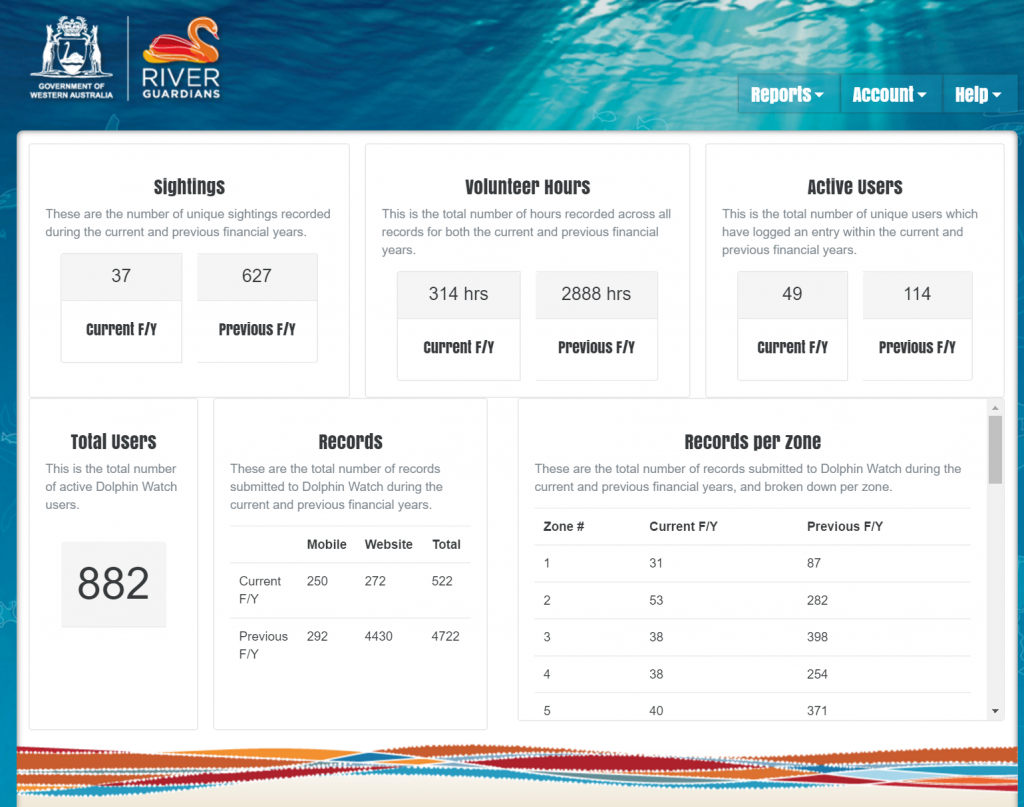 Meanwhile, I think I might just go and get my eyes tested.