For the last ten months, Gaia Resources has been conducting an urban bat survey around the Perth Metropolitan area. To date, over 1,200 bat calls at 21 different locations have been collected by the Gaia Resources team. 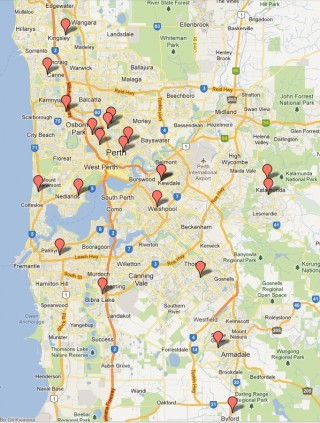 Gaia Resources staff have volunteered to set up the company’s Anabat SD2 detector at their homes to record bat calls for two to three consecutive nights in a row on an alternating schedule. Location specific information is recorded during this time which includes traffic volume, special events that may have occurred (thunder storms, sporting events, concerts etc.) and the exact location outside the house where the Anabat was set up. Weather information is sourced from the Bureau of Meteorology (BoM), aside from this, information such as moon phases and sunrise/sunset times are also recorded.

Identification of bat species is currently underway (with a lot of support from Kyle Armstrong from Specialised Zoological), the process itself is time consuming but despite this we hope to have it complete by the end of the year. During this process we have discovered that five different bat species out of the eight occurring species, frequent the Perth metropolitan area; this preliminary result is based on 250 individual bat calls already identified. Three of the bat taxa that we have recorded are Chalinolobus gouldii or Gould’s Wattled Bat, Mormopterus sp. or Freetailed Bats (we’re still working on identification to species level) and Tadarida australis or the White-striped bat. 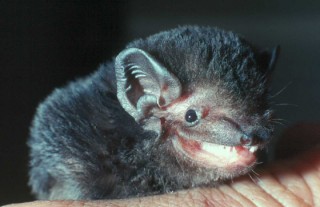 All data collected during our bat survey is being entered into the Gaia Resources Biological Data Recording System (BDRS) implementation; this data includes .DAT files of bat calls, species identification and ancillary information.  The BDRS has been the subject of many blogs, Piers’ own birding records are kept in there (over 11,000 records now), as well as previous data we collected on trees.  This bat research has also contributed to much testing and use of the BDRS by the rest of the team – and that helps our software engineering staff to spot issues and iron out bugs in the system.

One of the things we discovered during our urban bat survey is the influence of ultrasound noise surrounding us in the urban environment. Sources of ultrasound noise can be air conditioning systems or computers. The Anabat will pick up these ultrasounds, and in turn produces large amounts of data. Bats may also avoid areas of ultrasound noise as it can interfere with their echolocation, so optimisation of Anabat setup (sensitivity and angle) and placement of the Anabat was something we investigated and played with to attain the best results.

In the near future, Debbie and I will complete the identification of species from all bat calls recorded (with Kyle’s help). Once this is done, the data will be analysed focusing on a number of questions such as bat abundance and species presence at different locations and their association with environmental factors in the closer and further surroundings of the recording locations.

Thus far, the Gaia Resources urban bat research project has been a rewarding and informational process and we look forward to continuing on with it and gaining more knowledge in the world of bats. All of the idea and work for this project started well before Piers and I went batty in Melbourne, but that conference certainly kept us interested and intrigued in continuing this research.  For more information on bats in Australia, New Zealand and Papua New Guinea visit the Australasian Bat Society.

Feel free to email me, leave a message in the comments below, or start a conversation with Gaia Resources on Twitter.