Last week I attended the second Conservation Action Planning workshop for Pilbara Corridors in Karratha (you can read about the first workshop here).  At the second two-day workshop, stakeholders from the mining industry, government agencies, local communities and pastoral stations came together to review the conservation assets identified in the first workshop, nominate the threats to these assets and to assess their condition.

Once again Barry and Todd from Greening Australia facilitated the workshop, along with support from Ian from the Pilbara Corridors project. I played the “map nerd in the corner” role, updating the stakeholders on the work we did between the two workshops, creating draft asset maps and adding some more projects and studies to the mapping portal (you can access this map here). 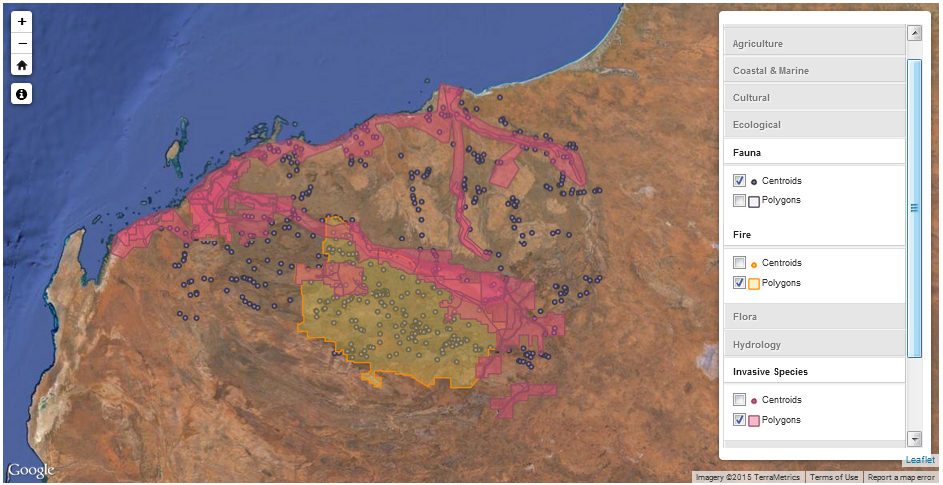 The second workshop was where the Conservation Action Planning (CAP) process really started to take shape.

The CAP process is also known as Healthy Country Planning. It was initially developed by The Nature Conservancy, and you can read more about it at the CAP web site.  It’s quite an interesting process in itself, and uses the concept of open source to make the process, the tools and the training of practitioners more widely available. With over 1,000 projects using the CAP process globally, it’s one of the more accepted and successful processes in this arena.

In the first part of the workshop, attendees worked through the assets for the Pilbara. To prepare for the workshop, we had put together some simple datasets, including broad categories of the assets, including coastal assets, open plains, rivers and rocky hills and ranges.  This in itself seemed pretty simple but the devil is in the detail – and we knew these were preliminary categories that would likely change.

In trying to define some of these, like the “rocky hills and ranges” one, we started with Beard’s vegetation complexes. Therein lies a problem, as was echoed at the workshop – this data is just not suitable for the Pilbara. The next step was to move to the Land Systems mapping from DAFWA which has some similar issues.  In the end, we had to grab contour maps to delineate the main Pilbara craton and go with some additional Beard’s complexes.  Although it was only an approximation of the wonderful complexity of the Pilbara, it was a starting point from where we could have further discussions in the workshop. 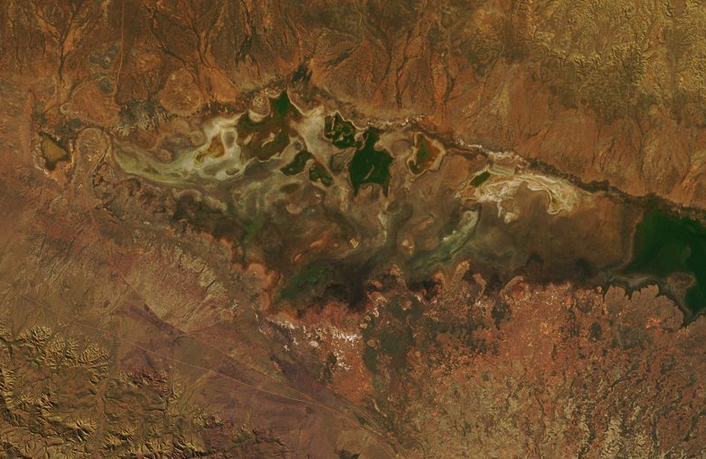 Defining the extent of natural features is always problemmatic – where’s the edge of the Fortescue Marsh?

One of the key benefits of these workshops is to network and learn from the stakeholders.  So, when one of the participants (thanks, Blair!) came up to offer a better way to identify rocky ranges using a ruggedness model, I was more than happy to take this advice and we should be able to map these features more accurately as a result.

During the workshop, our initial four broad categories of assets were expanded out to 13 different categories. Some will be relatively easy to map; others will need to be looked at in a lot more detail.  The CAP process can also work with the concept of nested assets, i.e. that there are a range of more specific assets under these broader categories.

To prepare for these nested assets, we had captured the extents of the specific assets that were identified in workshop one. We had a lot of interpretation to do from previous notes in order to turn “that spot, you know, near that range, where there is that seepage” into a point on a map. Given our time constraints and the fact that this was a first draft, the team captured polygons where possible, then collapsed them to indicative points at the centroids.

We also brought in the Pilbara assets that were identified from the INFFER-based process that Rangelands NRM ran in order to prioritise their investment for their Regional Plan.  During the workshop, these assets were identified in some more detail by the participants (or new ones were identified) and again, there will need to be some spatial ‘sleuthing’ done here to capture the extents of these assets and to gather more spatial information on them.

From here the 13 categories, as well as the nested assets, had their condition and threats evaluated in a workshop environment.  Not only was I frantically trying to take notes, but being able to hear about what’s happening on the Pilbara landscapes from the participants also made me think back to the days when I was doing field work in the Pilbara – and how some of the areas nominated sound like they have changed since then!

The upcoming third workshop is where the work done at this second workshop will be digested and the project will then look at the strategic way forward for these assets – determining conservation goals, strategies, key actions and monitoring.  It will be a very interesting conclusion to the workshop series!