I’ve previously written about the Pilbara Corridors Conservation Action Planning workshops (one and two) that I’ve attended as the “spatial support guy”.  As part of this series, the project held a discussion group workshop in Perth last week to catch up a range of people that couldn’t make the two workshops in the Pilbara, and this time, I came along as a participant.

My background in the Pilbara is thanks to Biota Environmental Sciences, which was my last job before starting Gaia Resources eleven years ago.  Working with the team at Biota, I learned much of the craft around ecological and biological surveys, and fell just a little bit in love with the Pilbara.  Ever since then, I’ve been sneaking back up to the Pilbara whenever I can to do things like volunteer birdwatching trips, workshops and to catch up with our clients in that area. 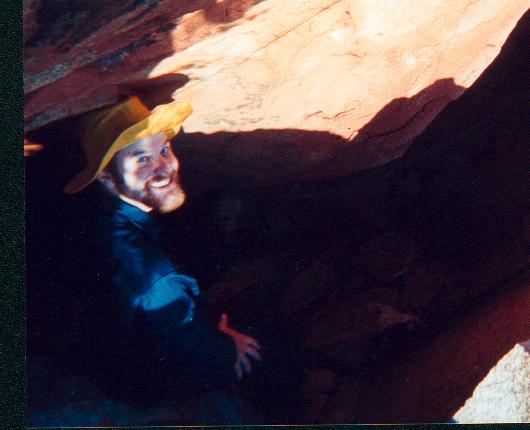 Me, investigating a rock pile in the Pilbara back in 2001

Anyway, enough of memory lane and back to the discussion group workshop for Pilbara Corridors.

The purpose of this third workshop was to review the outputs from Workshop Two with a group of people that couldn’t make it to the previous Pilbara workshop.  Being at the previous workshops was really beneficial as this gave me an insight into just how much additional knowledge and experience the second workshop contributed – which this began right from the first interactive discussion.

One of the issues raised in this first interactive session was about data and knowledge sharing, something of personal and professional interest to me.  As part of the Pilbara Corridors project, we have been working with the team behind it to try to start capturing information on the work being done in the Pilbara, and have a view of this data up on the Pilbara Corridor web site.  With other projects we’ve worked on in the past, such as the work I did for the Pilbara Biological Survey Database, the Rio Tinto Environmental Characteristics and Capabilities project  right through to the recent State Environmental Data Library, this is starting to be a bit of a theme across the whole environmental industry over the past ten years.  I think that the Pilbara Corridors project really has the potential to bring these disparate knowledge management projects together into a form that will be very useful for the future. 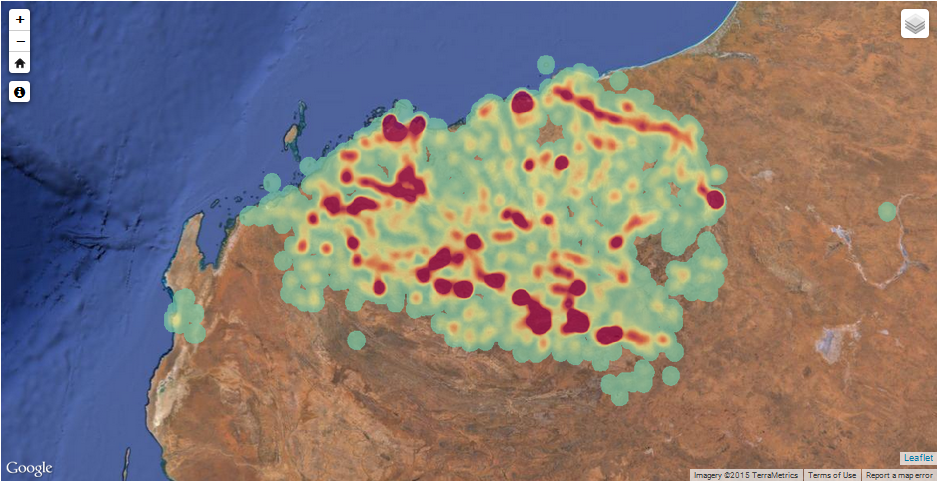 It’s always interesting to see how different knowledge bases bring new ideas into play, and there were some good additions to the outcomes from workshop two.  When looking at the broad list of assets that were captured in that previous workshop, the participants added in some interesting new nested assets, and restructured the listing.  This was really valuable to the project as a whole new range of experience was brought into the process.

Reviewing the threats was a much more difficult process, as there was a lot of work in the previous workshop about pulling together a range of attributes into a single ‘rating’ for each threat against each asset type.  One of the points coming up from this discussion was around the need to quantify the experience and knowledge of people involved – for example, you wouldn’t take my word on the threat of feral bees across the Pilbara, as I’ve got very little experience in this area.  However, there were some great minds in the room providing opportunities to learn from each other, as well as to identify areas for future investigation.

The Conservation Action Planning process in use here really relies on this expertise, and having a range of people being willing able to contribute their time and expertise has been one of the strengths of this project.  The next workshop is coming in late July which covers the ‘rubber hits the road’ component – looking at the actions and steps.  Between now and then, we have some spatial investigations to work through… so stay tuned for another blog at the end of the month.