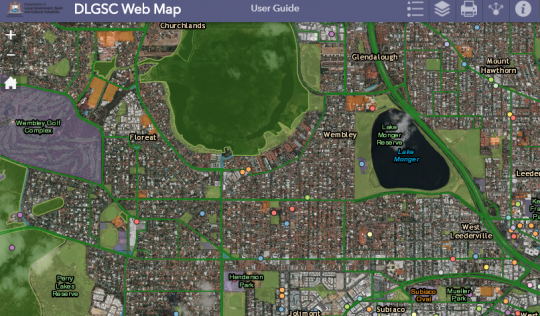 In mid 2017, the Department of Local Government, Sports and Cultural Industries  (DLGSC) engaged Gaia Resources over a 6 week period to develop a proof-of-concept web mapping application aimed at providing contextual information to support DLGSC staff processes relating to cultural infrastructure in the Perth Metropolitan area. The primary outcome of the project was to compile available spatial data on cultural features and valuable contextual layers, in order to raise awareness within the agency of the information they could draw on and to flag information gaps.

Our team embarked on a process of data discovery, which included tapping into conventional spatial repositories like the WA State Government’s data.wa.gov.au and the Commonwealth equivalent (data.gov.au); but also open data forums such as Wikipedia and Not-for-profit websites. Local government agencies, starting with the City of Perth, were consulted with to contribute relevant data from their systems but also to initiate discussions around collaboration and information sharing.

The end product is an internally facing web map built from ESRI’s Web App Builder and leveraging from the DLGSC ArcGIS Online account. This was chosen due to its ease of configuration and off-the-shelf functionality. Together with discovery of data availability for the project.

The web map shows layers related to cultural point locations (e.g. museums, galleries, performing arts studios, music venues), precincts, street art, liquor licenses, and a host of contextual layers like public transport, imagery and local government areas. Much of the data is streamed in from web map services direct from the agency who ‘owns’ those layers, meaning that the system requires very little maintenance because the data is derived from the source where it is kept up to date. 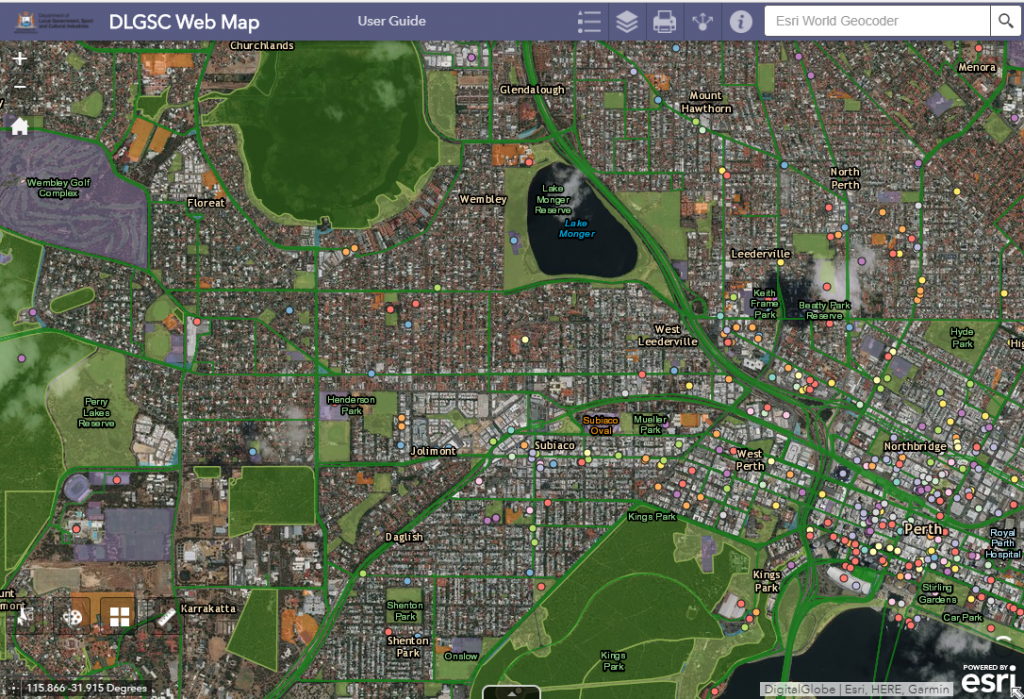 The web map proves there are rich sources of information relevant to Culture and the Arts, and immense potential for a mapping system to support decision making within an agency that has not traditionally used GIS or mapping technology. Moving beyond the Proof of Concept, we hope to continue working with DLGSC to bring this valuable resource an indispensable part of the agency’s toolset.