I recently spoke at the annual Social Impact Festival on the UWA campus. The two-hour panel discussion, entitled Effecting Change: How Citizens Are Democratising Science and Making a Difference, was hosted by the newly-formed Western Australian branch of the Australian Citizen Science Association and attracted a large and engaged audience.

After a Welcome to Country by ACSA-WA committee member Marnie Giroud, their Chair Agi Gedeon introduced the event, followed by a great range of talks by local citizen science practitioners – some of their abstracts are re-presented below and you can see some images from the day on the ACSA-WA Facebook page.

Dr Agi Gedeon spoke to the event’s title: how citizens are democratizing science.
“Every day we impact on the world around us and it is the choices we make that can create positive change. The first step toward understanding our dynamic world is to become aware of all the parts and their interdependencies. The WA Chapter of ACSA aims to bring together researchers and WA citizen scientists in a community of practice, to build scientific capacity, facilitate connections and empower participants with a sense of purpose and belonging. Citizens can participate in a vast array of projects in many ways! For instance — birds, bees, space, earth, digital to practical, local to global.”

It was great to see many of the projects Gaia Resources has been involved with featured in this workshop, such as UWA’s MicroBlitz given by Prof Andy Whitelely, and Birdlife Australia presented by their WA Citizen Science Projects Coordinator Dr Tegan Douglas, or projects we’d dearly love to be technology partners with such as FungiMap, as entertainly delivered Dr Laurton McGurk.

For my talk, I used our 2018 ACSA National Conference presentation as a springboard, starting with the notion of ‘project lacunae’ and ending with one of Dr Caren Cooper’s examples of citizen science programs that support social justice that had struck me during that conference as a significant innovation in the application of Citizen Science. 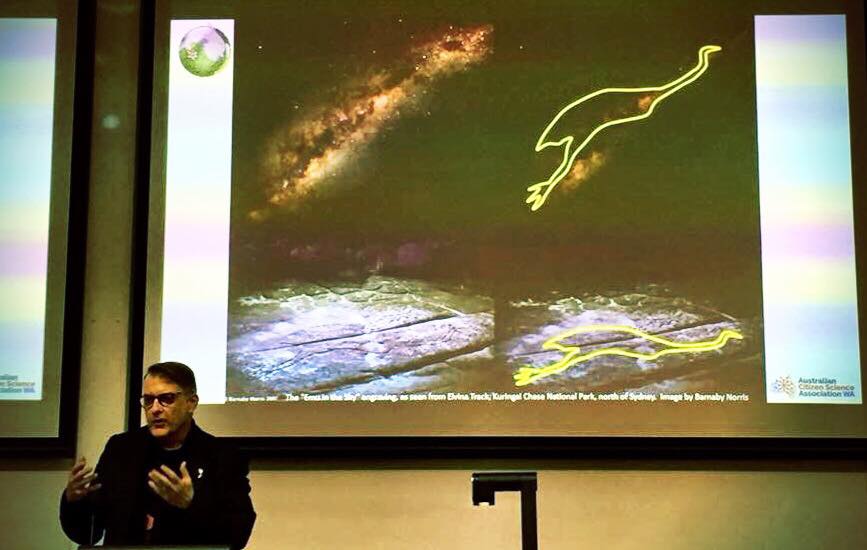 Other presenters illustrating the diverse range of applications for Citizen Science were:

Dr Ivy Wong from the International Centre for Radio Astronomy Research (ICRAR).
“Galaxy Zoo and Radio Galaxy Zoo are international online citizen science projects that study how galaxies start and stop forming stars, grow supermassive black holes and evolve. Our curiosity about the night sky and how the Universe came to be is universally shared and citizens CAN contribute towards cutting-edge research in galaxy evolution and connect with a global community of like-minded individuals”, and

Kit Prendergast, a PhD candidate Curtin University researching native bees in urban environments.
“Many people are only aware of one bee – the European honeybee. Yet we have an incredible diversity of native bees. Sadly, their abundance and habitat preferences are poorly known. The Facebook group ‘Bees in the ‘burbs in a biodiversity hotspot‘, opens people’s eyes and hearts to native bees. It engages them in citizen science initiatives to observe and document native bees and to create bee hotels to provide nesting habitat for native bees and monitor their use.”

Each speaker received some great audience questions during or after the event, and exit surveys indicate a real enthusiasm for the presentations and for further events such as this.

If you’d like to know more about how we can help you with developing a citizen science program, or how a smartphone app could improve your community engagement and scientific data capture, then please leave a comment below, start a chat with us via Facebook, Twitter or LinkedIn, or email me directly via alex.chapman@gaiaresources.com.au.