Recently, Alex and myself attended the Perth workshop on the “Decadal Scale Strategic Plan for Taxonomy and Biosystematics”, from the Australian Academy of Science.  Facilitated by Kevin Thiele, this was the first of the series of workshops being held on this Decadal Plan, and it was a really interesting event.

Alex and I went as representatives from Gaia Resources, but Alex had his “taxonomist” hat firmly on, while I was wearing my “stakeholder” hat.  In my case, “stakeholder” meant “someone who knows how hard taxonomy is, respects it a lot, and uses a bunch of the end products from it”.

There are several things that I – as a stakeholder – would like to see delivered from the science of taxonomy, including:

Let me take those simplistic words and get into the detail of the complex concepts behind them.

From when I learned my first species binomial (Lepidogalaxias salamandroides, which we were lucky enough to find on our farm in Northcliffe), I didn’t quite understand why my “Salamanderfish” needed to have another name – and it wasn’t until high school I started to understand taxonomy.

Since those heady days of salamanderfish, tadpoles, yabbies and a lot of mud, I’ve worked in the environmental field (and around it) for most of my career.  And throughout, the most common problem I’ve been asked by clients, and employers, to solve, is that of taxonomic names.

As a stakeholder I want to have the ability to simply find out if this name is “current”, and if it isn’t, then I want to know what it should be called, and if I need to reclassify my (mainly mental, or digital) specimens into these new names.

This is a common issue amongst a lot of environmental practitioners.  Everyone wants names, and they want it in a form that they can readily understand, ingest and work with, to make sure that their own work uses the most current versions.

This is such a simple requirement to many stakeholders who don’t quite understand what Taxonomy does… but to do this we need active taxonomists reviewing and revising the underlying specimens and species concepts, and being able to publish these findings – not just in journals, but in the myriad of ways that we want to use this data in the future.  That will need not only taxonomists to do this (and probably a lot more than we have now), but more support around the taxonomists to deliver on these requirements!

Hooray! I’ve found a thing.  Now, which thing is it…

This has been the challenge I’ve thoroughly enjoyed throughout my life.  Putting a label – the name – on a thing is something that greatly satisfies my latent Obsessive Compulsive Disorder (OCD).

I started with birds as a kid, and with great resources like the Pizzey and Knight Field Guide to the Birds of Australia (now also a handy mobile app), I was able to learn the common names of the birds I was seeing.

Then when I became more of a field ecologist in my early career, things got difficult.  After an interest in plants spread to terrestrial fauna, I suddenly had to learn the difference between different species of Pseudomys (hint: you use foot pads).  When I started to get an interest in plants – and in recent times, fungi – all of a sudden common names were verboten, and I had a limited set of resources to learn from.  Throughout this, the best resources I had were the memories and experience of the people I worked with in the field.

Trying to identify a thing from a scientific description is hard work for someone who hasn’t had formal training in taxonomy.  Pictures are great, but often miss detail, scientific illustrations are sometimes lacking, and I still don’t have my DNA-reading tricorder to identify something for me. 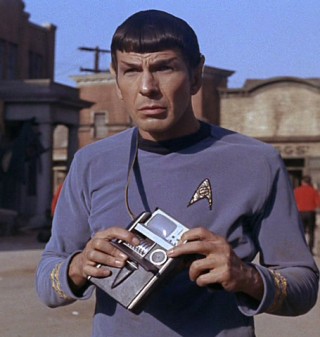 So, what we need as stakeholders are accessible identification resources.  Often, the systems that hold these resources are aimed at a target audience that is the taxonomists themselves, and that makes life hard for everyone else.  I’m not disparaging what goes into describing species – but doing this in a way that would be more readily understood and used by a broader audience would be great.

Failing that – identification services are required, and they need to be properly resourced.  It’s an all-to-often complaint from people lodging specimens that they take months to be identified – but when asked to pay that’s “not in the budget”.  Identification services are needed, and this will require change in the attitudes of both those providing the service (deliver!), and those using these services (pay up!).

Again, my childhood was spent looking at Atlases and maps a lot – to the extent that one of my walls in our farm house was covered with a large wall map (we ran out of cladding and got it for free from somewhere).

Dots on maps are really a simplistic approach to things – what I really mean here is that I want to put a dot on a map, and that gives me some ideas of what my dot might mean.  Thinking scientifically, what I really want are species distribution polygons, that I can intersect my observations with and get a result.

Of course, we have some things like this in tools like the Atlas of Living Australia’s “Explore my area” tool.  Not quite the use case described here, but along the right lines. 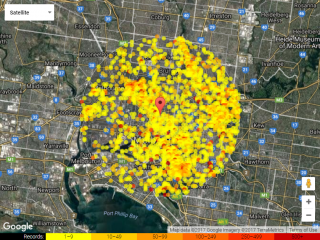 Explore my area (this time from Melbourne for a change)

However, species distributions change over time, either because the taxonomic concept of that species have been refined, we are finding more specimens of the taxon and expanding our knowledge of the distribution, or the actual distribution of the taxon is changing (e.g. due to climate change).  So, there’s a lot of work here not just for taxonomists (who will be identifying new specimens in a timely manner thanks to their new resources), but also for people to keep track of changes, and again to produce the resources and systems we need to do this (spatial types – I’m looking at you).

These are just some of the things that I want as a stakeholder – or supporter- of taxonomy, and there’s many more things I’d love to have as well.  But I think we strongly need the recognition from all sides that everyone involved in taxonomy – from the do-ers to the use-ers – has a valid part to play.