It has been customary over the years for me to write a “what happened this year” post at the end of the year, so here it is – timed to coincide with our new web site!

Gaia Resources has always evolved to suit our environment and 2013 was no different.  This year saw our team publish several new mobile apps (The Marri App and Coastal Walkabout).  While we’ve been looking at mobile for a while now (with previous apps for the ESA 2012 Conference and Biodiversity Snapshots), these have been our first native app development – with many things learned along the way.  We can see that this sort of solution will – especially with the proposed new projects with Murdoch University under a citizen science hub – keep evolving into the future. 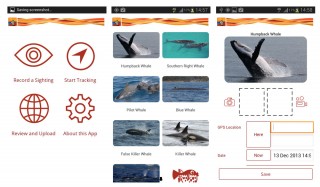 In 2013, we had some different challenges thrown our way, and the biggest one we faced was resourcing.  We had a couple of new staff join us, and a few staff say goodbye.  Both of these situations have thrown up different challenges for us this year.  We are strategically looking at recruitment, scholarships and graduate programs and other options at the moment, but we are always on the look out for keen learners with a good attitude, and demonstrable skills in the technologies that we use.  The key to our continued success has been our people, and this will be no different in the new year – so if you are a software engineer, brush off your CV!

Despite these challenges, we had some real highlights for 2013, and one standout one was the award for the Public Open Space Project.  Our client, Fiona Bull, from the University of Western Australia picked up this award in November for the “Best Planning Ideas – Large Project Award” at the Western Australian Awards for Planning Excellence.  This project was a big project for us that kept our team (especially Andrew and Akeal) busy for a large part of the year – for it to be recognised as an outstanding project was very rewarding for all involved. 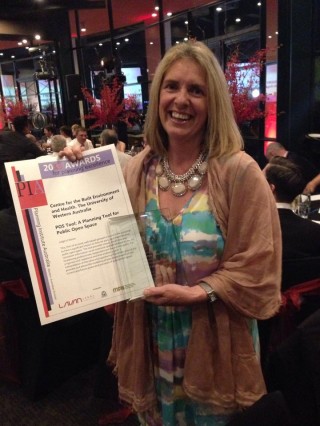 Another highlight has been using our own tools to good effect.  I’ve written a three articles (here, here and here) about mole crickets this year, but the drive behind this was simple; to “eat our own dog food” as AJ likes to call it.  We used our own tools, including the BDRS, and our SEED Social Watch tool (which harvests geolocated tweets by hashtag and adds them as records to the BDRS).  I also got to play around with engagement mechanisms, and this was a rewarding experience for me personally.  We get some amazing emails and enquiries about mole crickets from people now, and are learning more and more about these insects (although I’m not really comfortable that people now think of me as a “mole cricket expert”!).

Some of the other highlights for the year were things like:

We finished 2013 in an upbeat way with our usual “final day” shenanigans.  This year we returned to Rottnest for the day.  We always do something on the very last day of the year so that we can get together as a team, and get some time to relax and unwind ready for the holiday season.  I actually also got to do some testing (yeah, I know, that’s not exactly winding down) for the Coastal Walkabout app along the way, and recorded just under a hundred records in the ferry on the way there. 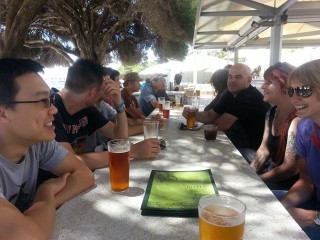 Speaking of recording observations, along the way in 2013 I finally passed the 15,000 records mark in my own personal bird observations.  I use our own BDRS instance, coupled with development versions of our SEED mobile toolkit, to record and store these observations, although I have to admit, I don’t get to do this very often these days (something to rectify in 2014!).

I am personally really looking forward to 2014.  We have had a very challenging year in 2013, but in the second half of the year much of the hard work and groundwork that the entire team at Gaia Resources has been doing is coming to fruition, and we all see a very bright future ahead of us.  I’ll sign off with a big thank you to all our clients and colleagues for 2013, and we look forward to seeing you all in 2014, as well as meeting a whole range of new people!

Email me directly here or start a conversation on Twitter.

Posted in Blog | Tagged: end of year
« Coastal Walkabout and The Marri App
JSON with GeoServer and Leaflet »