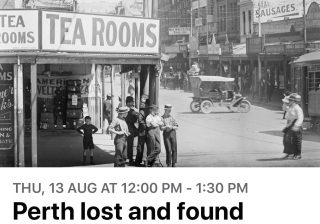 I attended a recent presentation organised by the National Archives of Australia (NAA) at their Perth offices in Northbridge, entitled ‘Perth lost and found: built heritage in Western Australian collections‘.

The event featured speakers from the NAA, the City of Perth, the State Library of Western Australia (SLWA) and the State Record Office (SROWA).

Each of the speakers illustrated their talk with images from their collections. 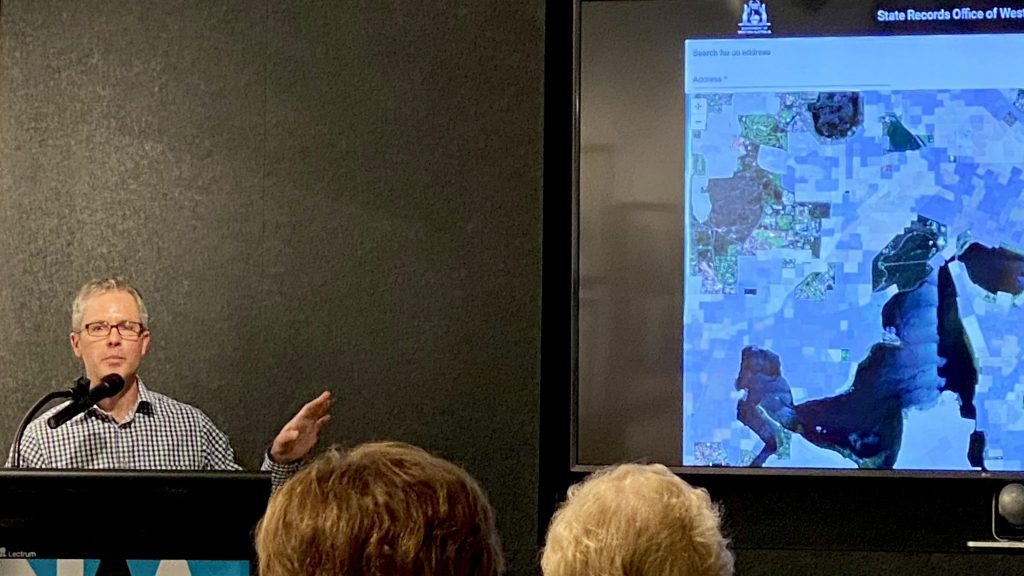 In question-time the speakers also referenced some archive aggregating services such as Collections WA and Culture WA.

Speaking of RetroMaps, this great project that we worked on with the SROWA last year, has been receiving some deserved attention recently. Damain Hassan, Senior Archivist at SROWA was interviewed for a news article and podcast broadcast last week on ABC Perth:

There has been great interest in this new site, and we look forward to assisting the SROWA mine and present their collections online in future projects. If you’d like to know more about Gaia Resources work in archives and collections then please drop me a line at alex.chapman@gaiaresources.com.au, or connect with us on Twitter, LinkedIn or Facebook.