Alex, Morgan and I were lucky enough to recently do a tour of the Western Australian Museum’s new wet store facility in Welshpool, which was led by Di Jones.  This new custom built facility (which has won a building award already) is part of the investment that the State Government has put into making sure that this important institution is well supported into the future. 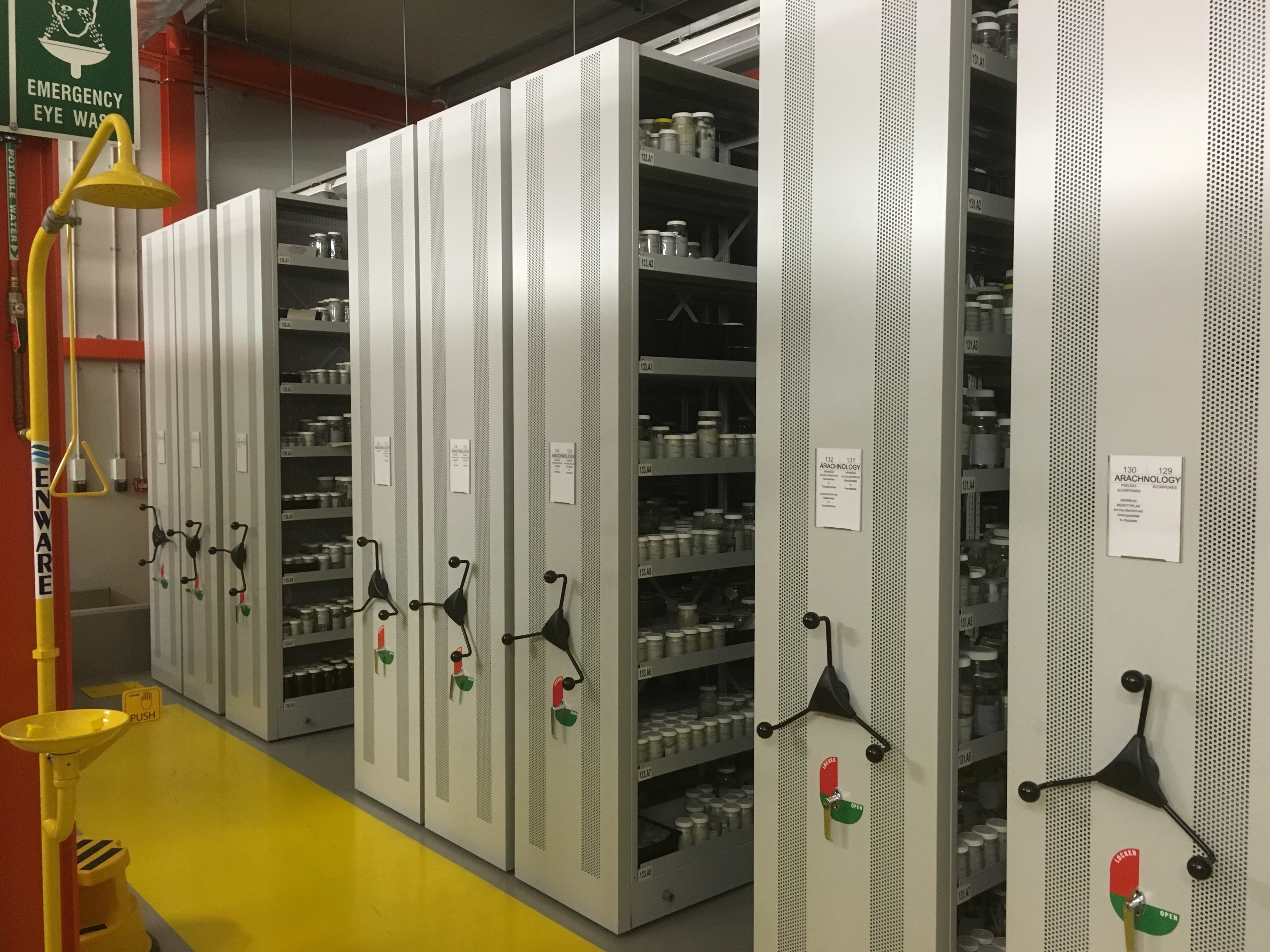 Our work with the Museum is centred on their Collection Management Information System, and after some recent pauses in the project while the infrastructure is sorted out, we will kick on with the rollout in the coming weeks, with a finalisation in early September.  This project, which uses the open source CollectiveAccess software, has been a long project with our team.

The rollout of CollectiveAccess collections management system has been in abeyance for the last 6 months while the system was moved to more reliable hardware in the new Malaga Data Centre.  The opportunity was taken to also move the environment onto the latest versions of CollectiveAccess and ElasticSearch, and to thoroughly test the resulting performance in preparation for training the natural history curators and ‘going live’ sequentially over the coming couple of months.

Anyway, back to the wet store – it felt pretty wonderful to see what was in that building, from the large wet store racks (with space to grow) and the new labs built in the upper floors.  I know from all of our perspectives – my own history with the Museum from as far back as my days as an environmental consultant, from Morgan’s perspective as someone who was involved in many aspects of the Museum while working there, and from Alex’s own history with the Western Australian Herbarium’s new facility – this is an amazing milestone for the organisation that will be well used for a long time.

Part of the detail on the outside of the new facility

Even though the Museum’s Perth site will be closed for a few years while construction of the new facility in Perth is underway, there will be a lot of work going on in this new building. I am looking forward to seeing what pops up around the city from the Museum team in the meantime!

P.S. The usual – leave comments below, or start a conversation with us via Facebook, Twitter or LinkedIn.