Over the past few months, our Collections team at Gaia Resources have been working with a multi-disciplinary team from CSIRO to pilot CollectiveAccess within the Australian National Insect Collection (ANIC).  This is a step in the longer evaluation process that CSIRO has laid down, but is potentially the most important step in the process – testing the software with a real collection and real people.

Prior to this, we assisted CSIRO in their evaluation of the available collections management software, including both commercial products and open source ones.  After this evaluation, and with the experience of the Western Australian Museum (who undertook a large requirements evaluation and investigation project of their own before commissioning Gaia Resources to implement CollectiveAccess) CSIRO chose to pilot CollectiveAccess with the ANIC. 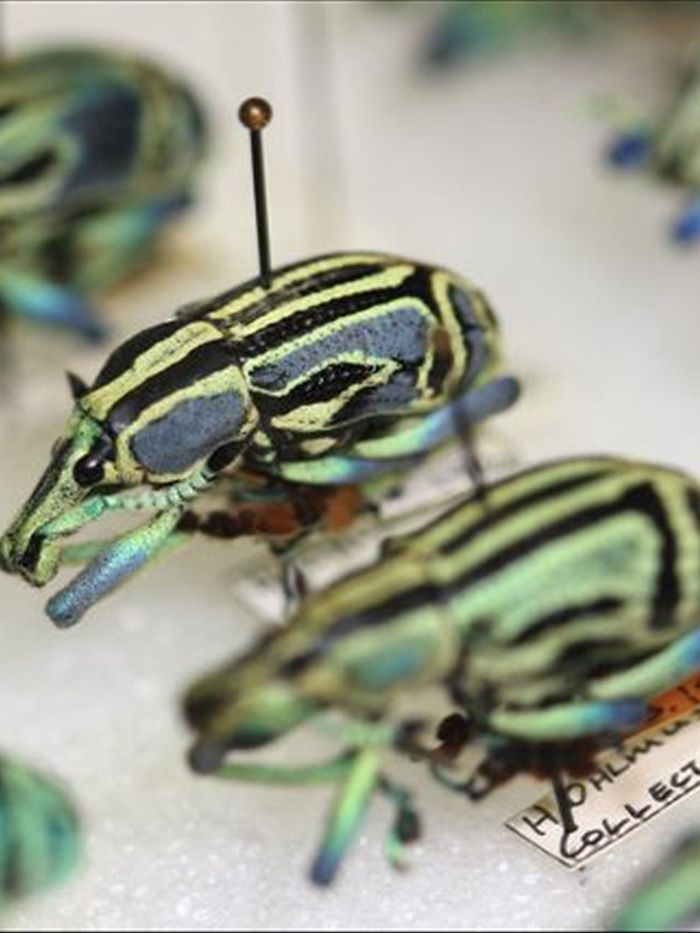 Speaking of the Western Australian Museum, our project on implementing their new collection system in CollectiveAccess is again underway after a brief hiatus with our CSIRO work.  Our team have been on site at the Western Australian Museum preparing for the rollout, which will happen around the decant to their new wet store at Welshpool.  We’ll blog more about this in the new year.

Working with CSIRO has been a really positive experience.  The team involved has included representatives from CSIRO’s Information Management and Technology (IM&T) group, a number of ANIC staff, and representatives from the National Research Collections of Australia (NRCA).  This has brought a number of skillsets together, and I think we can say that all involved would readily agree that this has been of great benefit to the project.

From the technical side of things, we were working on this project using Agile methodology, and it has been very productive.  We’ve steadily been adopting Agile methodologies more and more in our projects, and it worked well during this one.  This method kept the project on track, but also allowed for several evolutions during the project.  Working remotely with a team always has challenges, but again technology has come to the fore here.  Daily standups and longer planning meetings were held via video and teleconferencing facilities, and these worked well, no matter where we were. 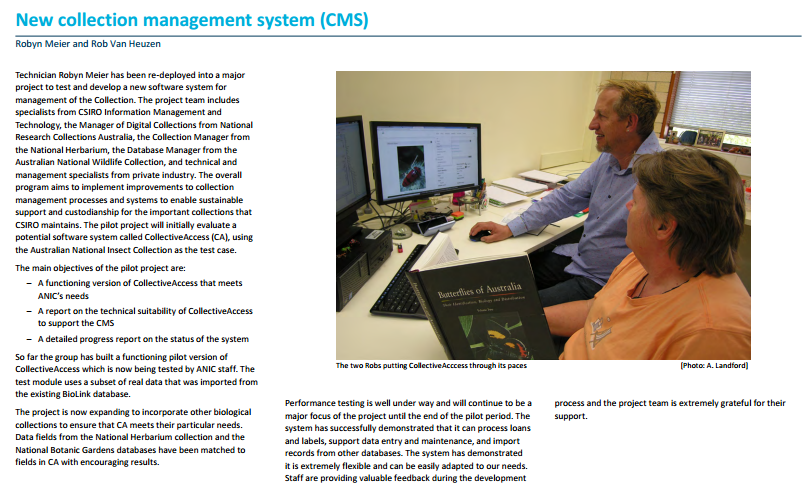 You can read more about the project in the latest issue of ANICdotes, the ANIC newsletter.

Our team also had the opportunity to lead the development of additional functionality within CollectiveAccess, such as the integration with the National Species lists that we recently blogged about.  This will be of great use to anyone in Australia that has implemented CollectiveAccess for biological collections and wants to use a national taxonomic checklist.  There were also a few other contributions we’ve made to CollectiveAccess over the course of the project, and Kehan and Ben are still up in the top 10 committers to CollectiveAccess.

It’s thanks to the hard work of the team behind CollectiveAccess at Whirl-i-gig software in New York (where I dropped in earlier this year to meet them) that these contributions have been well-received and readily integrated into the software.  We will continue to support the CollectiveAccess community in this way and hope to have some additional contributions to make in the coming months.

In fact, we are just starting another new CollectiveAccess implementation (we’ll have more details in the new year).  With the Western Australian Museum and CSIRO implementations we’ve already been involved with, this is really starting to build the CollectiveAccess community here in Australia.  With a number of additional new implementations on the cards here in Australia, 2016 is going to be a very interesting year, and I think we’re going to be looking for talented software engineers and collections specialists to come and join the team… so get your CVs ready!

Meanwhile, CSIRO are in their evaluation period for CollectiveAccess, with the team at ANIC putting the system through their paces.  We are keeping a watching brief during the evaluation period and dropping in from time to time on the team (at least virtually) and we’re looking forward to seeing the results – which are looking very positive already!