I thought I’d expand upon the previous blog post that mentioned our Perth Christmas function was held at Cottesloe, helping out the Cottesloe Coastcare Association,  thanks to the facilitation from the Perth NRM team.

In previous years for our Christmas winddown we have have been to the movies to watch the latest Star Wars film and then head to a nearby pub for a few drinks.  That was reasonably popular, until we had our launch ‘do’ last year where we went to the Mount Lawley Bowls club for a bit of barefoot bowling and barbeque, which went down as one of the best events we’ve done.

I asked around discreetly, and listened to a few conversations here and there to hear a few common themes came up from the team about what would be a good event;

One of my original aims in starting Gaia Resources – which remains true to this day – was to support active on-ground conservation work.  Mostly, we are able to do this indirectly through discounts and in-kind work on our technology projects, but I realised that this Christmas function presented an opportunity to move closer to that aim.  I thought we could volunteer for one of the conservation groups that operate along the beaches, do some volunteering, then hit the water for a swim before we then sat down to a late lunch.

I contacted Perth NRM (as you can do through their Corporate Volunteering page) to find out if any of the Coastcare groups would be willing to take us on as volunteers for the last working day of the year for a couple of hours.  It turned out there were plenty of groups that were willing to help out, right up and down the coast of Perth. So we had a few to pick from which was great to have that opportunity!

So all I had left to do was to work out where to have lunch.  Being the spatial creature that I am, I did a quick scan of the Coastcare groups areas, where the team live, where there was public transport, and that seemed to point towards Cottesloe.  After a few calls to the potential places there, we ended up settling on a really good deal with the cBlu restaurant, part of the iconic Ocean Beach Hotel.  Once that was booked, I let Adeline and the Cottesloe Coastcare team know we were ready to head down.

To be honest, the hardest part was finding the lunch venue!

We arrived down at Cottesloe in various ways (mostly public transport, though), and were met by the Coastcare volunteers who gave us a run down on the Grant Marine Park, the efforts that they have put in over the years on that area.  After a bit of a safety briefing, we all grabbed our gloves and got stuck into the tasks lined up for us;

So without further ado – here we are in action: 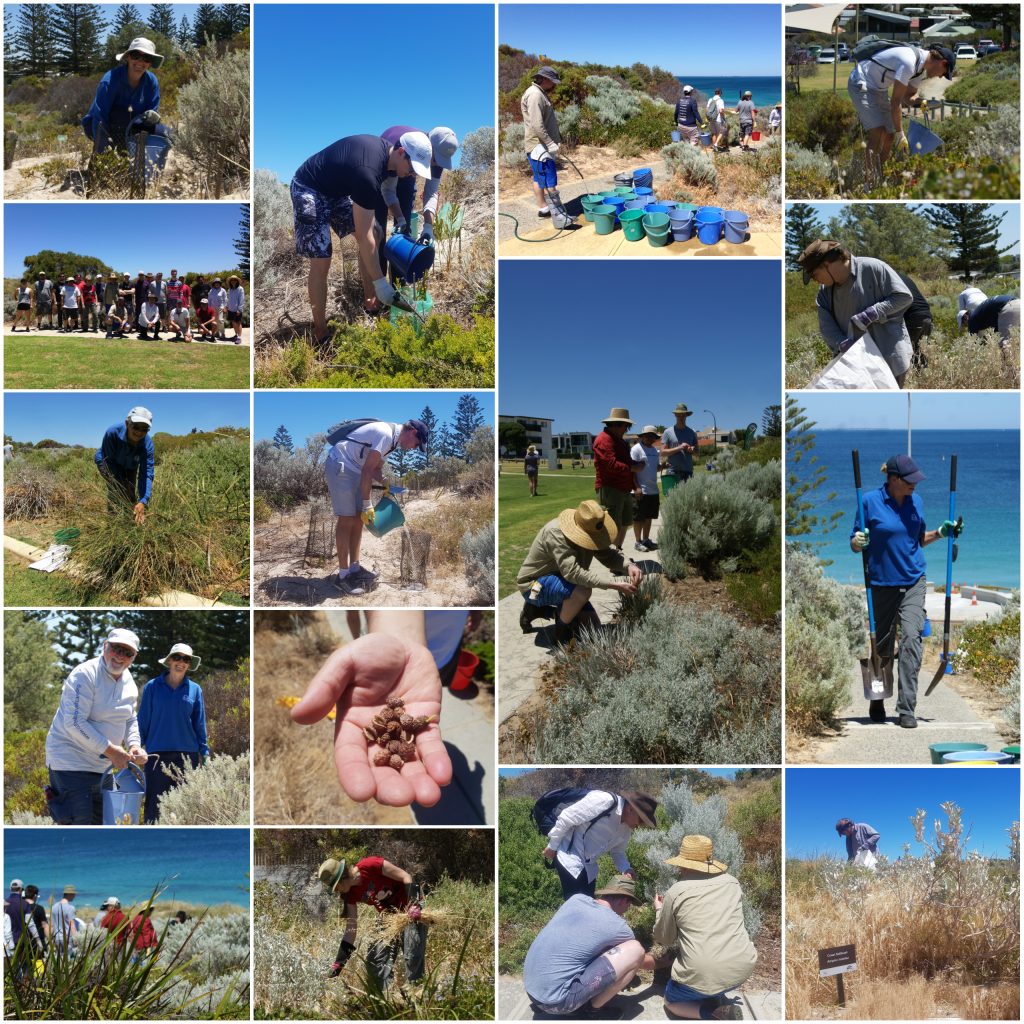 The Coastcare co-ordinators and the volunteers went out of their way to make it a really great and productive few hours for them, and we really enjoyed it.  They even provided a bunch of morning tea treats for us to have, which was fantastic! One of the quotes that stuck in my mind was when I was talking to one of their team that said “your team in two hours is going to deliver a lot more for the reserve than we can do in a day”.  It really made me think about how even these little acts can make a difference.

After the cleanup, we helped tidy everything away with the team (we were pretty much out of things to do, as we’d watered, weeded, picked and cleaned up the whole reserve) and grabbed our team photo: 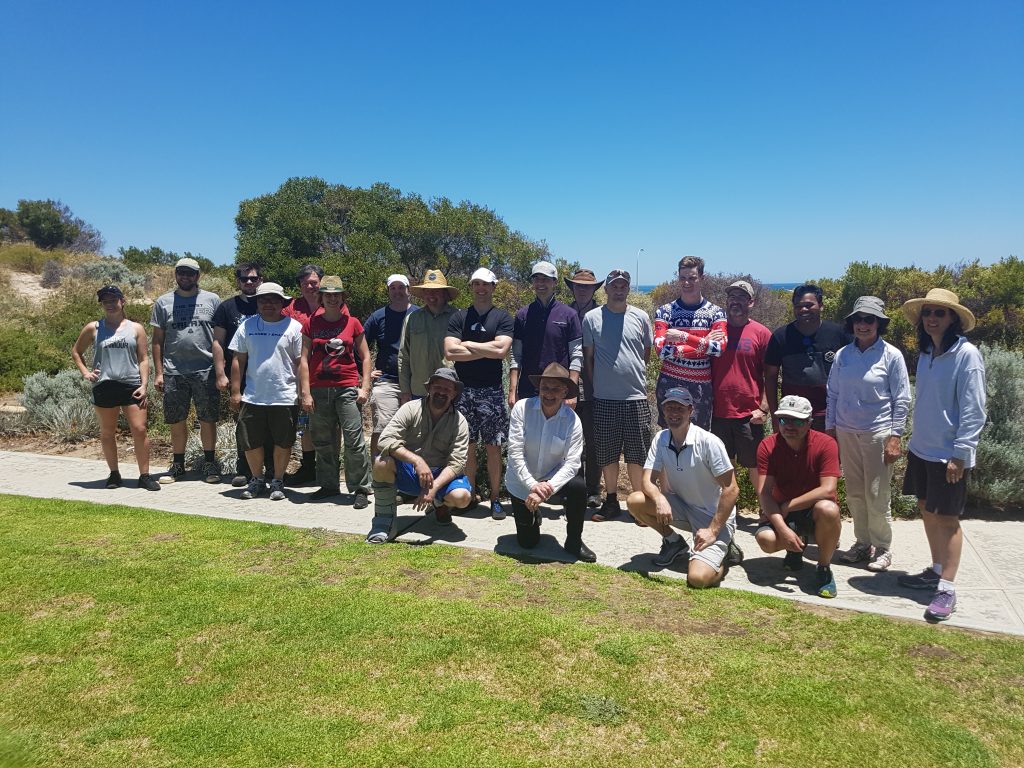 The swim at North Cottesloe Beach afterwards was a great way to cool down, clean off and get ready for the afternoon’s festivities at cBlu – but that’s just a boring old lunch and a few drinks compared to the morning of making a difference.

I can totally recommend looking to your local Coastcare, Landcare or other volunteer group enough for your staff events.  We made a big different to that little reserve in a small number of hours, and it was a great way to give back to our environment and our community.  We’ll be looking to make these more regular occurrences around the place for our teams, and we’re also going to start tracking them in our own GRID instance so we can see what sort of positive difference we make as a team to our environment directly – not just through our technology projects.

If you want to know more about how your teams can help groups like Cottesloe Coastcare, then either get in touch with them directly, or contact groups like Perth NRM to see how you can help.

We head into the new year with a real drive to make a difference, and I can’t wait to see what else we can do in 2019.