This is a recap of the Territory NRM conference I went along to on the 17-19 November – but I hope you don’t mind if I set the scene with a bit of a reflection on the weather. As we move into the final month of 2020, we learn that November was the hottest month on record for the Northern Territory since records began in 1910. The Bureau of Meteorology said temperatures across the Territory were 3.25 degrees above average, and rainfall was also below the long-term average except for a few areas south of the Top End and around Alice Springs. This year we are in a La Niña event, and are told by the Bureau long-term forecasters this should be a rather soggy Wet; and, truth be told it does seem to be raining a tiny bit more as we lead into it.

The local Larrakia people actually observe 6 seasons (November and December is “Balnba” or Rainy Season), and in many respects I think that is more appropriate than the two “Wet” and “Dry” because there are significant changes between the Big Wind Time, the Build Up, the Rainy Season and the Monsoon Season. 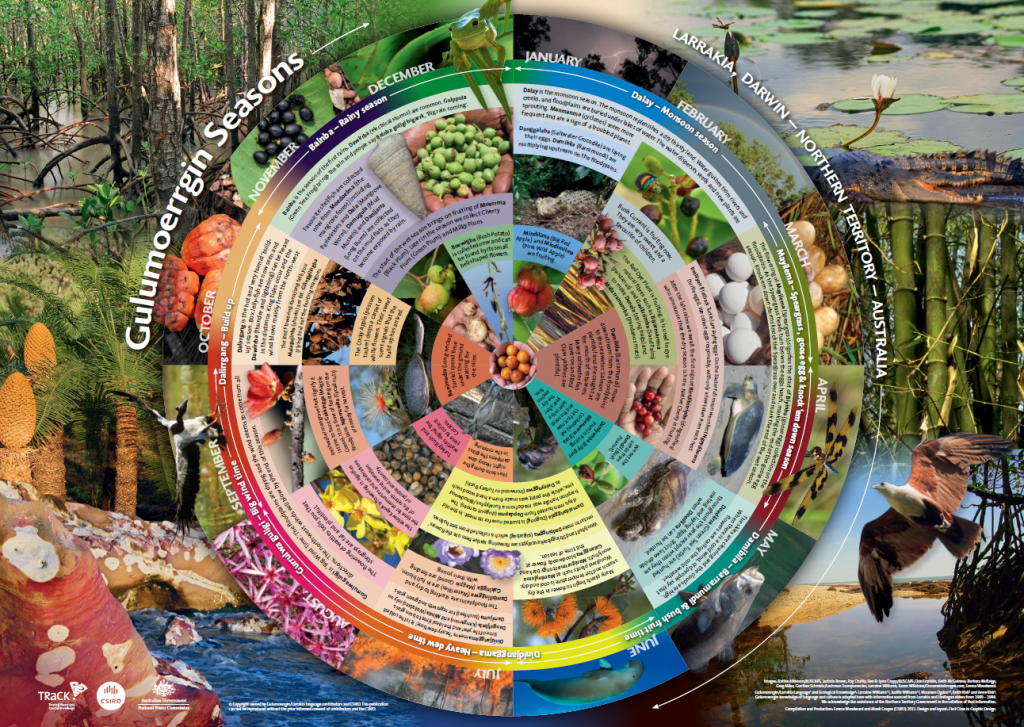 I’m pretty sure I was already sweating the moment I got out of my car en-route to a Territory NRM conference workshop at the Charles Darwin University Waterfront Campus at 7:30am, but I’m mostly used to it now. “It’s a thing” as my colleague Tony likes to say, and it is only temporary. At this time of year the sun is hot, and clouds start to gather in the afternoon while the humidity rises, and on rare late afternoons the sweet relief of rain buckets down for an hour or so to cool us all down.

That day though was one of those hide-from-the-sun-like-a-vampire sort of days (fine if you stay in the shadows) – and silly me I was wearing pants on this particular day. Unlike the park rangers, land managers and researchers gathered at the conference who do a lot of work out in the field conducting savanna burning programs, protecting rock art and preserving biodiversity – I tend to sit in an air conditioned office most of the time tapping away at the computer and really can’t hold a candle to the important work these people do.

What we are trying to do though, is help by increasing the accessibility and power of data to aid in their planning and decision making. So at this workshop I was helping to demonstrate the new tools and technology being leveraged by the the North Australia and Rangelands Fire Information (NAFI) service. The NAFI team have been busy development of new tools, the SMERF dashboard and enhanced services on their website. Our part in this has been to develop a plugin for QGIS that increases the accessibility of the NAFI data products on that free and open-source GIS platform, and a mobile app for Android and iOS that provides near real-time fire mapping in the field. 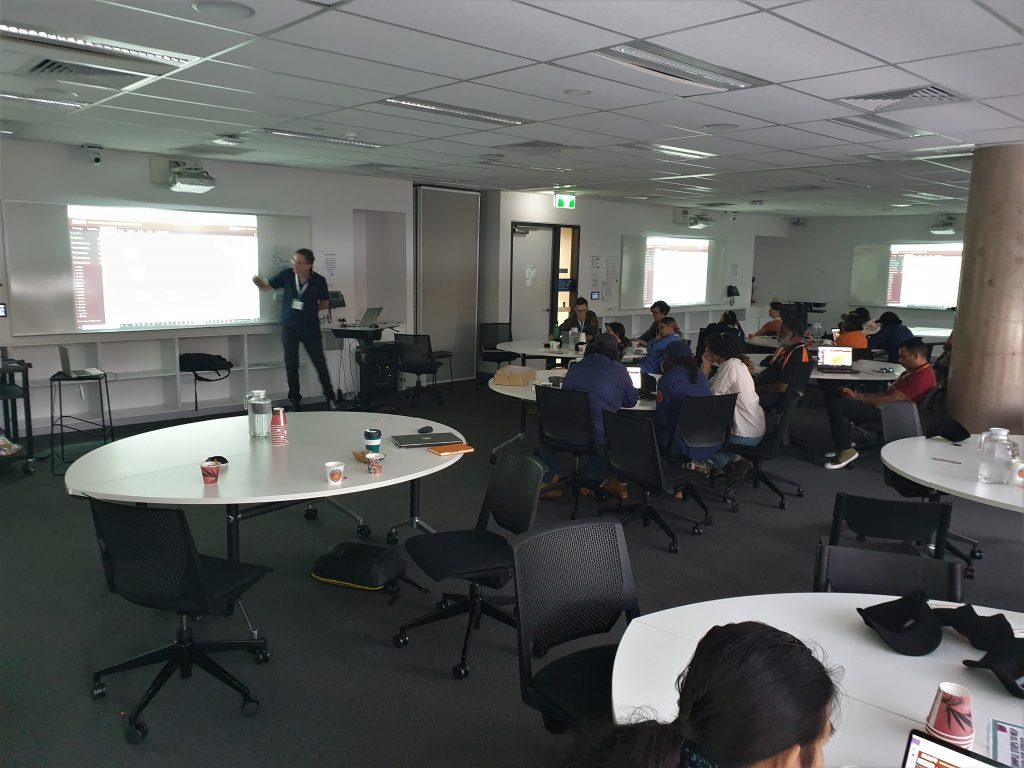 Peter Jacklyn shows workshop attendees around the features of the NAFI website.

Participants at the workshop got to see a sneak peek of the app that is still in development, including the live fire hotspots and firescars against a backdrop of 3 base map options. We got some valuable feedback from Kakadu Park Rangers and others about how the app would be useful and what would make it even better in the next version. So there was real excitement about the ability to download imagery and topo maps for offline use, and the way in which the app automatically updates hotspots and firescars while you are online (and have the app active). The directional GPS position was also really important for field crew, and they showed us how they are currently producing static PDF maps and sending them out with field crews. One of the most interesting insights was to hear that rangers are able to receive a decent 3G/4G signal while in the air above a remote area – so theoretically our app could be updating information while in the air to be used offline back on the ground. We got some other really good ideas out of the interactions at the workshop, and so I am looking forward to continuing to work with the NAFI team.

I also attended one day of the conference itself, and went along to the Gala Dinner to see the deserving recipients of Territory NRM awards. There were some pretty interesting talks – including research findings from Bretty Murphy (Charles Darwin Uni – RIEL) about the shocking impact of two amplifying issues, of fire and feral cats, facing small threatened mammals in the Top End. The one that captured everyone’s heart though, was from school kids at the Manyalluk School and their teacher Ben Kleinig. Ben’s initiative to seek and use STEM funding for educational applications with a drone and motion sensor cameras – and these indigenous childrens’ enthusiasm – was truly inspiring. Here’s the description from the Territory NRM conference program:

“Students from Manyallaluk School are passionate about their country and through STEM subjects are gaining skills to fly drones; record, graph and analyse data; present findings; set-up of trail cameras and camera traps; and to use a snake camera. Key topics are buffalo and their impact on the environment, how plastic waste can harm turtles, different habitats for different species, and surveying species with a focus on comparing feral to native animal numbers. Students have been empowered to think about interesting careers that utilise technology in the environment, including land management, and plans for the future include a partnership with TNRM to build a feral animal exclusion zone to study and survey, using DNA testing to locate and map Gouldian finches and other species, ongoing surveying of wildlife in different habitats, and the ongoing challenge of photographing the elusive echidna.” 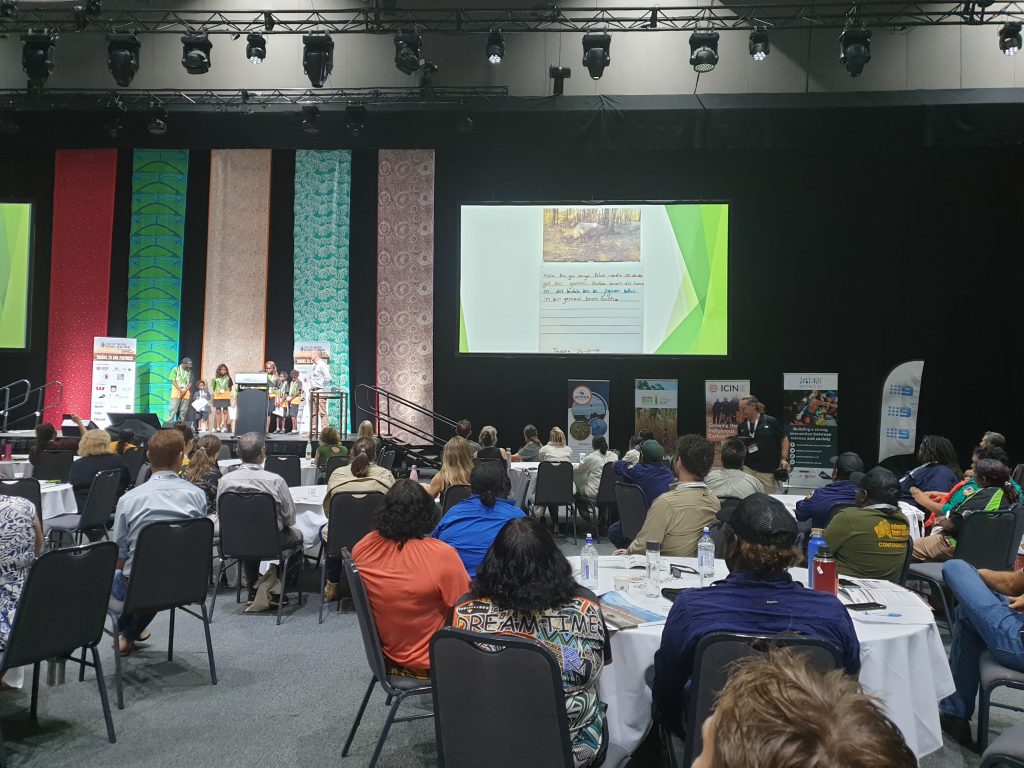 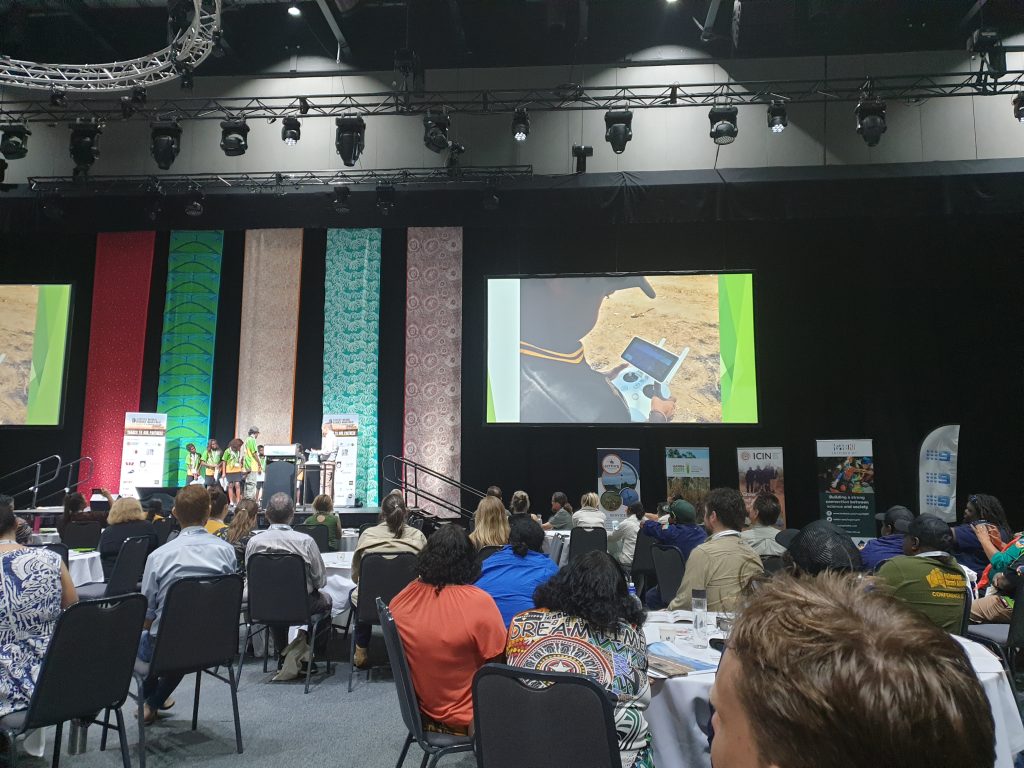 They have their own Youtube channel (with videos like the one we saw below), and I smile every time I think about the kids in lab coats showing their charts and saying “Let’s see what the data tells us.” As someone who gets passionate about data and data science, it is really uplifting to see technology, data and environmental issues being tackled by young regional students. Not surprisingly they won the Next Generation NRM Award.

So another great year for NRM in the Territory, and a fantastic job by the Territory NRM organisation in bringing us all together. If anyone wants to find out more about our collaboration with the NAFI team, or to chat about ways in which we can help with your NRM projects please feel free to start up a conversation on our regular channels on Twitter, LinkedIn or Facebook.

Posted in Blog, NRM | Tagged: Environment, mobile, nrm, QGIS, spatial, workshop
« A day with the open source spatial community
The ALA and Big Data for Biodiversity »