As per our initial ‘dry run’ to test the equipment we finally received a favourable weather window to carry out a drone survey at Useless Loop for Shark Bay Resources (SBR) late last month. To say I was excited was a bit of an understatement, I’d never been near Shark Bay and drones are like the ultimate kids (and mid 30’s) toy. Although this was no toy, it was serious business.

This was a pilot survey so SBR can assess the viability of using drones periodically for their environmental monitoring requirements. We contracted Andrew Moore from Aerial Environment to undertake the survey, and I was there more as a glorified bird watcher (who knows as much about birds as the next person who doesn’t know about birds) and to help optimise SBR’s GIS systems – spotting birds is actually quite critical given the tendency of Wedgies to rip drones from the sky (we were lucky enough to see two of these majestic creatures but luckily not in the middle of a flight). 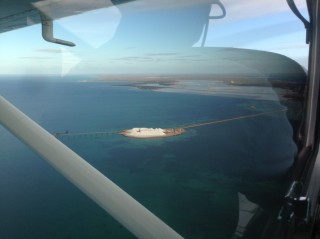 While some time was spent grappling with our testosterone levels in between flights (picture three blokes in a ute with high vis discussing the intricacies of Thermomixes) we made good ground in the allocated 1.5 days capturing a range of seagrass, mangrove and revegetation areas.  Cloud cover was a bit of an issue with the varying light levels but for the most part it was perfect drone flying weather. Pre-setting the flight plan and watching the drone take off and do its thing in such a beautiful setting was quite other worldly (click on the images to enlarge). 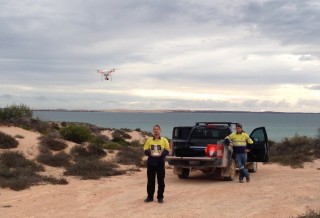 Flying the drone and propping up a ute

A preliminary look at the data revealed some fantastic results. A number of different flight heights were trialled ranging from around 60 metres to no more than 118 metres and subsequent resolution ranged from just over 3 cm to around 6 cm. 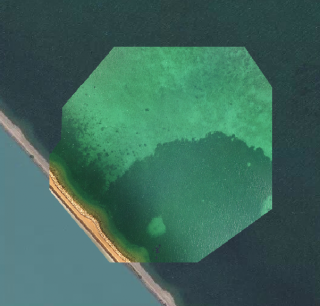 Some stands of Mangroves in the Shark Bay area have quite small crowns (in higher salinity areas), so capturing high resolution imagery is extremely beneficial for the monitoring of individual crowns and therefore the overall health of the system; depending on the consistency of imagery capture there is the potential for automated raster classification, something we are looking into for SBR. 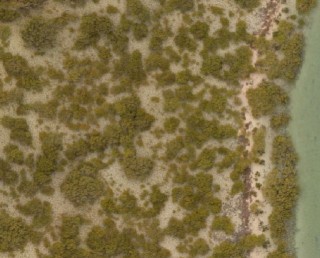 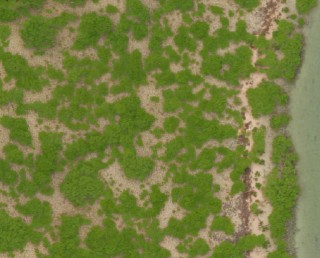 It is also possible to decipher individual species from the revegetation areas. 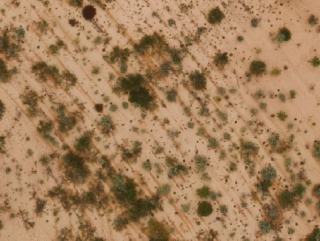 A high resolution Digital Surface Model is shown below, which reveals clear gradients of individual rocks and boulders beneath the surface of the water (top right), and that is our ute on the bottom left. 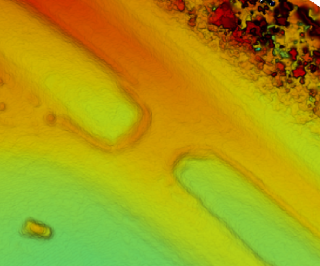 There are obviously many other options with collecting imagery over and above orthorectification/stitching for your classical basemap, including oblique shots, contours, 3D models, high definition videos and with the increasing development of light-weight sensors for drones the remote sensing options will become limitless. 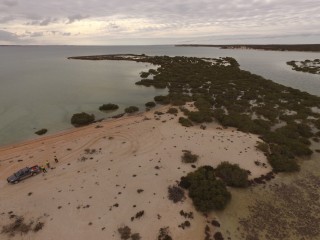 How many people does it take to fly a drone? Apparently three (bottom left)

And I couldn’t resist introducing you to Ray, the site manager, who was particularly interested in the drone (we later spotted him on the captured imagery). 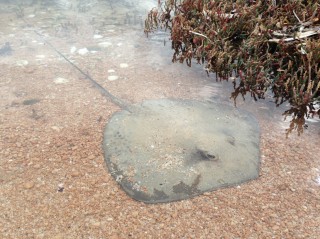 If you are interested in finding out how we can help you with your drone mapping needs or ideas, then leave me a comment below, email me directly here or you can start a conversation with us via Twitter, LinkedIn or our Facebook page.