As part of his ongoing series of retrospectives on the development of significant biodiversity data sets in Western Australia, Alex looks at last week’s 20th anniversary of the publication of The Western Australian Flora – a Descriptive Catalogue. 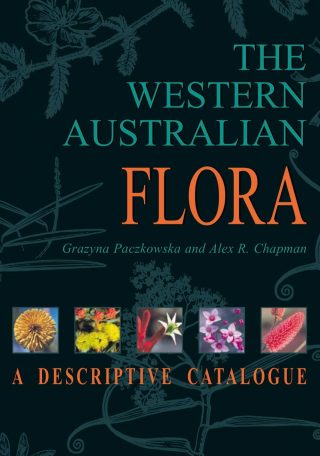 Effectively a third edition of John Beard’s ‘Descriptive Catalogue’, this project aimed to score a standardised set of descriptive data for every vascular plant species then known to occur in the State – some 11,922 taxa in all.

By adopting TDWG’s Description Language for Taxonomy (DELTA) standard the project was able to flexibly produce both the printed content for the book and a simple interactive identification method within FloraBase.

It is worth noting that WA and Queensland, due to their mega-diversity and very active species discovery, have yet to produce complete State Floras, and while not a Flora in the strict sense, this work was the first time a full conspectus and identification tool for the WA’s vascular flora had been achieved.

Tom Alford was invaluable throughout in the role of project chairperson, championing the data-based approach to information gathering, and tirelessly seeking funds to complete the project. Three wonderful people conscientiously gathered and codified the data from the Herbarium’s Census and Specimen datasets — Grazyna Paczkowska, Helen Coleman and Amanda Spooner, the latter who saw the book through publication and maintained the descriptive dataset for a further 8 years. And I cannot go without mentioning colleagues Nicholas Lander, Terry Macfarlane, Ben Richardson, Mike Choo and the sorely missed Paul Gioia, who all supported this innovative project.

The coded data from the publication was the last major piece of the FloraBase project to fit in place, integrating with the Names and Specimen data, images and maps and providing the first simple Statewide interactive key to the Western Australian flora. Twenty years later the available data is still working away, but there are now twelve years of data updates to be made. Time to get this project back on the rails with a further funding round!

You can read much more about this project in the book’s Introduction, available here: https://florabase.dpaw.wa.gov.au/publications/descat/.

As always, if you’d like to know more about this area, then please drop me a line at alex.chapman@gaiaresources.com.au, or connect with us on Twitter, LinkedIn or Facebook.