On a cool Monday night, Tracey and I went down to the Royal Perth Yacht club to join about 100 volunteers in the annual Dolphin Watch Day, organised by the River Guardians.  It was a great event, with the presentation of several awards, as well as updates about the science behind the Dolphin Watch program. 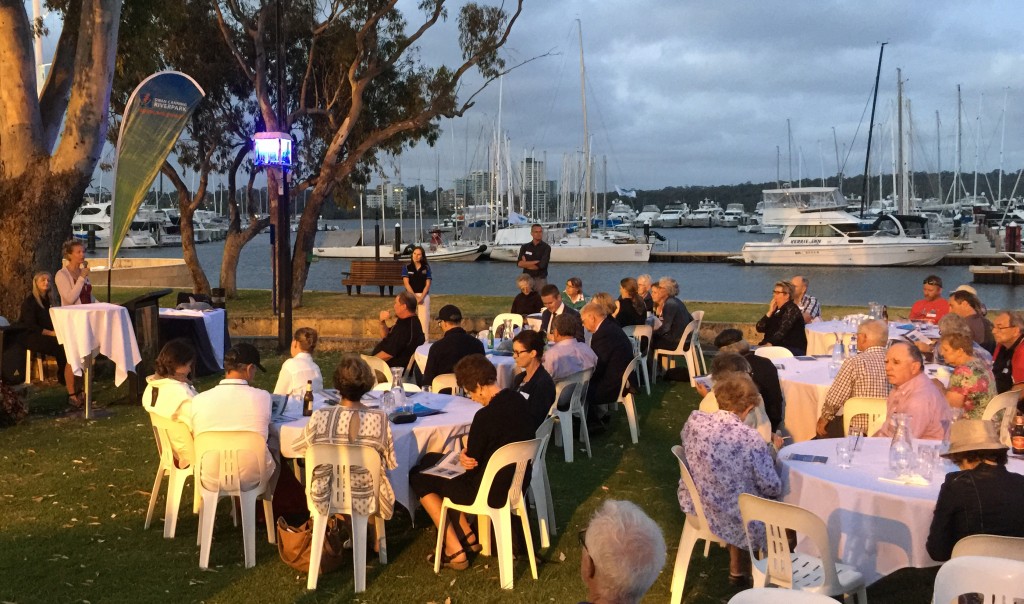 As a citizen science program, Dolphin Watch does a lot more than just gather sightings of dolphins –  it also underpins a range of research and conservation programs.  Dr Chandra Salgado provided an update on the dolphin population in the Swan and Canning Riverpark and highlighted the significance of reporting #nodolphins, Delphine Chabanne launched the new sixth version of the Finbook, and Marnie Giroud (on behalf of Linley Brown) outlined the Junior Dolphin Watch program.

We’re always pleased to be able to support the team at River Guardians, through our ongoing work with them on the Dolphin Watch app (iOS and Android) and also the new data curation tools we’ve implemented this year.  Tracey and I were able to help a few of the volunteers with issues that they had with the app (or their smartphones), all part of our ongoing relationship with the team at the Department of Parks and Wildlife.