Greetings! My name is Sam and I recently joined Gaia Resources in May 2015 as a Software Engineer in the mobile apps space.

I have a Bachelor of Engineering (IT) degree and have over 17 years of experience in the IT industry spanning numerous technology platforms and languages. I’ve been involved in software projects which spans in scale from small projects to large scale enterprise projects and also spanning multiple industries including government, utilities, manufacturing and finance. More recently (in the past 5 years) I’ve been focusing in the mobile application development space where I’ve writing multiple apps for clients as a freelance developer/consultant covering the entire process from client concept to deliver of apps to the App Store(s).

I’ve always been a bit of a card carrying geek who is always passionate about technology and the latest gadgets so its a natural progression to focus in the mobile app development space when the iPhone and Android smartphones and tablet became more widely adopted by the general public. I feel that developing for these more modern platforms have come a long way and the technology had matured since the early days of the Palm Pilot/PDA’s, having been involved in projects developing for the Palm Pilot (remember those devices?) and also a Windows Mobile 6 app for WaterCorp for taking meter readings in the field using PDA’s.

I also managed to sneak off to Apple’s Worldwide Developer Conference (WWDC) in San Francisco this year during the 2nd week of June (8-12 June). I learnt heaps about new upcoming features that Apple is bringing to their platform in iOS9 and more importantly how to develop apps to take advantage of these features. I also met heaps of like-minded developers as well as caught up with others that I met last year. 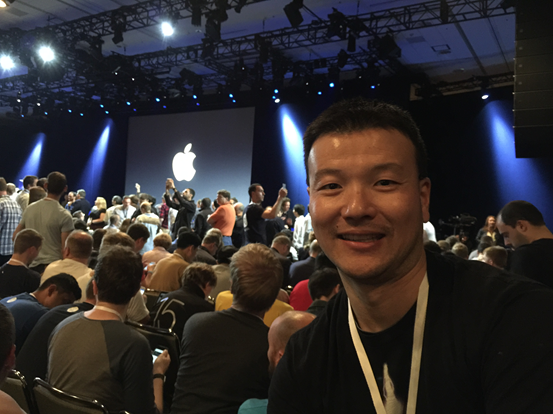 Since joining Gaia I’ve been busy working on an app for the Department of Parks and Wildlife for both the Android and iOS platforms. I’ve also been working my way through understanding the current apps that Gaia Resources has, which includes apps like:

I’m very excited to join Gaia Resources after having a look at their projects in the area of citizen science, where the recording and submission of data by the public for various citizen science projects and initiatives via tools like a mobile app. Having a simple to use mobile app for the public to be able to submit their observation data is a natural fit as quite a large percentage of the population has a smartphone or tablet of some sort so that will mean we can put these tools in the hands of the public to be able to contribute to these citizen science projects.

I’m excited to be involved in growing this area within Gaia Resources of developing mobile apps in the citizen science area for our clients.